"What Was I Thinking?": Shruti Haasan's Note To Her 21-Year-Old Self

"Found this from when I was 21 and basically thought anything goes," Shruti Haasan captioned her photo 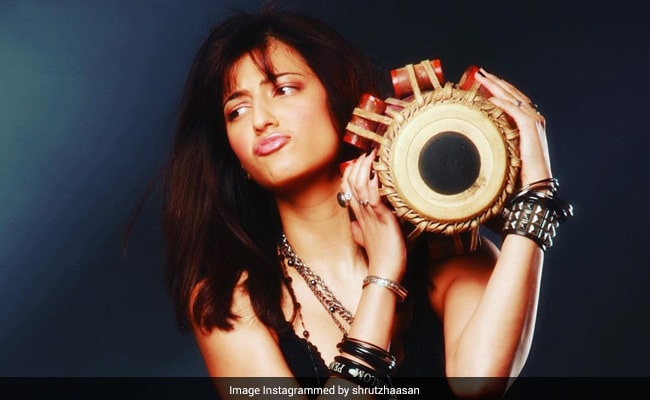 Is there anything like a Throwback Tuesday? Because Shruti Haasan just treated us to a blast from the past and we love it. The 35-year-old actress took a trip down memory lane and time travelled to when she was all of 21. Shruti Haasan, who is also a playback singer, picked out a rather quirky photo from her throwback treasury and posted it with an even more quirky caption. In the caption, Shruti Haasan confessed that her throwback memory made her wonder: "What was I thinking?!" In her caption, she added: "Found this from when I was 21 and basically thought anything goes - wait does that mean I still haven't grown up?" Well, that's a riddle Shruti Haasan has to solve herself.

Here's just a glimpse of Shruti Haasan at 21:

Shruti Haasan often fills up her Instagram with pages from her throwback diaries. Shruti Haasan stepped into the world of films in 2009. She recently revisited the time she made her career debut in acting with this post: "12 years ago today - I had no idea what I was getting into. All I knew was that I liked it and I wanted to get better every day - I still feel that way."