What Twinkle Khanna Has Learnt (Or Not) About Middle Age

Twinkle Khanna tweeted: " When you realize that you know a little about everything, but..." 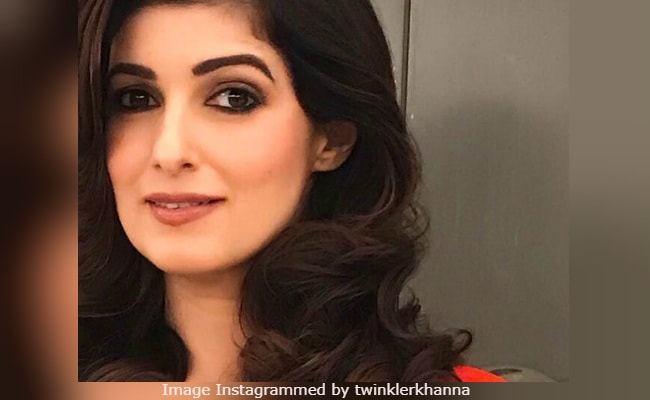 New Delhi: Twinkle Khanna, currently bearing the tags of a best-selling author, a popular columnist, an interior designer, a film producer and a full-time mother and star wife, is also known to ace another game - she's the undisputed queen of Twitter puns and has a great collection of crazy viral tweets. On Tuesday, Twinkle added another one to Twitter page, which is simply an observation about herself or that mid-life crisis. "Middle age: When you realize that you know a little about everything, but not enough about anything, including yourself #BabaTwinkdev," she tweeted. Twinkle Khanna is 42 and married to Akshay Kumar, 50.

Here's what Twinkle Khanna has learnt (or not) about middle age:

Middle age: When you realize that you know a little about everything, but not enough about anything, including yourself #BabaTwinkdev

Twinkle is also a former actress and starred in films like Mela and Baadshah but switched careers after none of her films really turned out to be a success. She's never shied away from addressing her acting career as a failure, which moreover is the subject of many of her self-directed jokes. Months ago, she tweeted to notify she's not returning to her "legendary acting skills," and also told NDTV at some point: "I have no acting skills! You need acting skills to act, not intelligence."

In a recent interview with IANS, she said she never took failure to heart because of her mother Dimple Kapadia. Mentioning an incident from when she was still studying, Twinkle said: "When I came to her (Dimple Kapadia) as a plump nerd with my exam results and said look, 'I got 97 per cent in Mathematics', she said it matches your weight." That's how she learnt not attach too much importance to success.

Promoted
Listen to the latest songs, only on JioSaavn.com
She's the author of two books - Mrs Funnybones and The Legend Of Lakshmi Prasad. Twinkle also has her own production band Mrs Funnybones Movies, which is producing Akshay Kumar's new movie Padmn, starring Sonam Kapoor and Radhika Apte.