What Sidharth Malhotra Said About His Rumoured Romance With Alia Bhatt 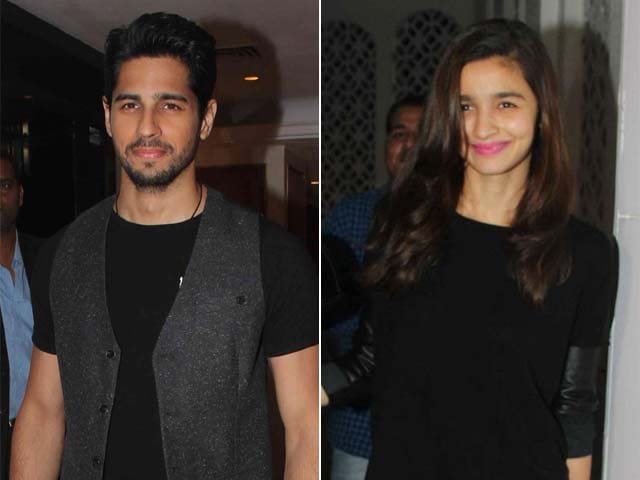 Mumbai: Actor Sidharth Malhotra, who is reported to have been dating Alia Bhatt, said that the actress is just his good friend.

"We are great friends and colleagues. We also have a film coming up called Kapoor And Sons. We (Alia and I) have a great working relationship. I know her since my first film, so there is an emotional connection. We have always been there for each other's films. We knew each other before we did films. So, that bond will never change," Sidharth told PTI.

Initially, media reports used to affect Sidharth's family. But, the actor said that they are getting used to it now.

"We all are professionals and we know how to work for the film or a scene. Initially, it used to affect my family. They are in Delhi. They were not aware about all this, how and what is written. They used to question me. But now, we are getting used to it," he added.

Sidharth and Alia made their debut in Bollywood with Karan Johar's Student Of The Year in 2012. However, Sidharth said that there has been a drastic change in Alia as an actress.

"I think Student Of The Year was the least that she got. Highway took her to another level, and from there she has gone up. You can see that in front of the camera. There is a remarkable change in her as an actor. The way in which she enacts a scene and all," said Sidharth.

Kapoor And Sons, which also stars Fawad Khan, will release on March 18.