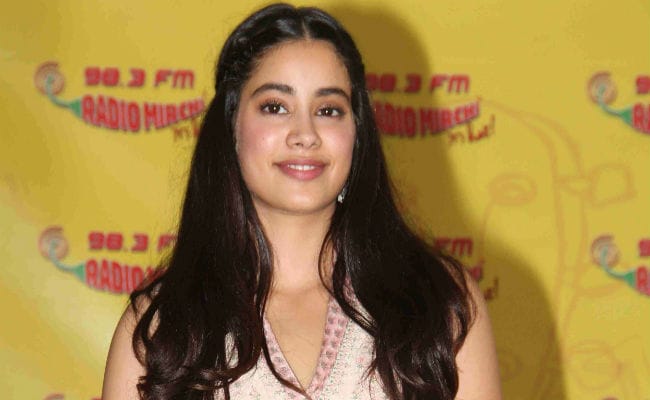 Janhvi Kapoor is busy with debut film Dhadak duties and amidst the promotions, she revealed an interesting story when she happened to visit the sets of Salman Khan's Wanted (2007), produced by her dad Boney Kapoor. Janhvi saw Salman rehearsing his dance steps and she just couldn't resist dancing and then, this happened. "Once when I visited the sets of Wanted, Prabhudeva was rehearsing a dance sequence with Salman Khan. I was around 10 or 12 then. I crept into the room where the dancing was taking place. I was so fond of dancing that I couldn't resist myself. I stood in the corner, swaying to the beats of the song," she told Deccan Chronicle.

Salman saw Janhvi dancing and asked her to dance in the room and she did it happily. "I was busy enjoying dancing and didn't realise Salman had spotted me. He called me and asked me to dance in the middle of the room. I went ahead and danced happily, while the others stood around me. Back then I thought they were all appreciating my moves," she further told Deccan Chronicle.

Looking back at it now, Janhvi says she's 'embarrassed to have done that.' "I'm so embarrassed! God knows what they would have been thinking!" she concluded.

Janhvi Kapoor, daughter of late megastar Sridevi and Boney Kapoor, earlier confessed that she always wanted to see herself on silver screen and how she was 'obsessed' with Shah Rukh Khan and Deepika Padukone's 2007 film Om Shanti Om.

"I remember I would watch random movies and was obsessed with Om Shanti Om. I would enact every scene from the film and force Khushi (her sister) to be Shah Rukh Khan and I'd be Deepika, doing that typical hand wave," news agency PTI quoted her as saying.

"Shuru Se Shuru Karein?" Ishaan Khatter Takes Us To The First Day On The Sets Of Khaali Peeli