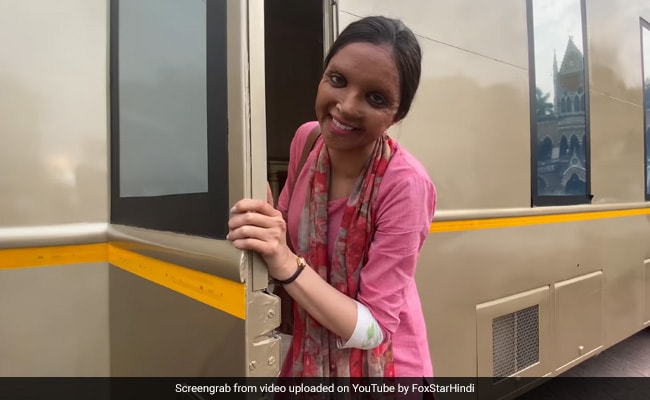 Deepika Padukone in a still from the video. (courtesy YouTube )

Deepika Padukone, who plays the role of an acid attack survivor in her upcoming film Chhapaak (which she has also produced), decided to conduct a social experiment in order to see how people react to acid attack survivors. As a part of the experiment, Deepika stepped out on the streets of Mumbai as Malti (the character that she plays in Chaapaak) along with acid attack survivors. Hidden cameras were placed across different locations in Mumbai, which included a mobile store, a supermarket, an accessories shop and a local clothes market. During the social experiment, several people gave second glances to Deepika and the other acid attacks survivors and some even refused to help them. However, another section of people was seen exchanging smiles and behaving cordially in the video.

The video ends with Deepika saying, "Aaj pura din bita ke ye jaana ke kuchh nazar ke samne hota hai par dikhta nahi. Nazriya badalna zaroori hai" (After spending the entire day, we realised that some things are right in front of us but we can't see them. It is important to change perspective)."

On Tuesday, the makers of Chhapaak also shared a new poster of Deepika and Vikrant Massey from the film and the caption on it read: "Jitni zyaada ladaai, utna zyaada pyaar...Nok Jhok se hui ek khoobsoorat love story ki shuruaat."

Chhapaak, directed by Meghna Gulzar is based on the life of acid attack survivor Laxmi Agarwal. The film is slated to hit the screens on January 10 and it will clash with Ajay Devgn's period drama Tanhaji: The Unsung Warrior, also starring Kajol and Saif Ali Khan.