What Captain America: Civil War and Batman v Superman Have in Common 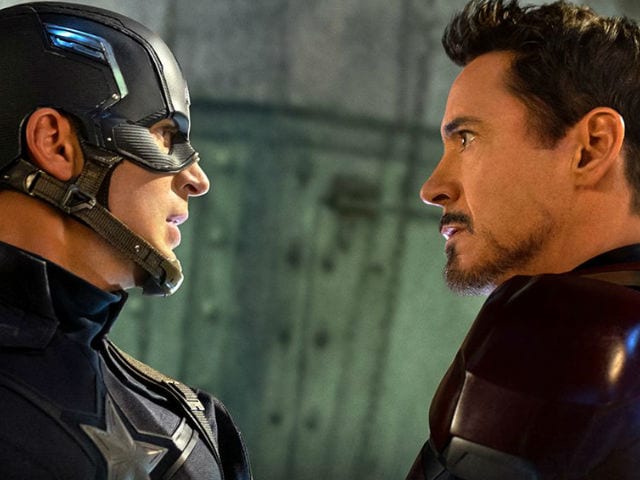 Washington: When I left Batman v. Superman: Dawn of Justice back in March, I was convinced that DC's attempts to build a cinematic universe to match Marvel's wildly popular movie franchise was doomed. And while Captain America: Civil War suggests that Marvel's formula is alive and relatively healthy, it has unexpected - and unwelcome - parallels to Batman v Superman.

Taken together, these movies suggest that 2016 might be the year in which superhero films, at least as currently constituted, bump up against the limits of their ability to tell certain kinds of stories. And they're a striking illustration of what the drive to global dominance has cost superhero movies in terms of creativity and claims to social significance.

I should say up front - though saying it won't actually spare me the ire of folks who interpret any serious discussion of their favorites as a vicious trashing - that I quite enjoyed Captain America: Civil War. For a 2 1/2-hour movie, it moves really nicely; I didn't check the time until 105 minutes.

There's a fight sequence in the middle of the film that's just a joy; well-choreographed, character-driven and consistently surprising. And after years of obligatory shots of Black Widow's (Scarlett Johansson) posterior, Captain America: Civil War shows an admirably subversive commitment to serving up beefcake for those of us who are there to ogle the pretty gentlemen, including a sequence that exists almost entirely to showcase Chris Evans's-CGI-enhanced guns.

On every level, Captain America: Civil War is a more pleasurable moviegoing experience than Batman v Superman: Dawn of Justice, even taking into account the weird visual distortions that my 3-D glasses produced during my Captain America screening. But while one movie is quite enjoyable and the other is terrible, they illustrate the limits of political storytelling in superhero movie franchises in strikingly similar ways.

Both Captain America: Civil War and Batman v. Superman: Dawn of Justice are ostensibly movies that center on questions about the roles super-powered individuals play in national (and global) security, and whether superheroes can act independently of governments and still be legitimate.

In Captain America: Civil War, the collateral damage from an operation in Lagos when Scarlet Witch (Elizabeth Olsen) accidentally zaps the corner of a high-rise building prompts an international treaty that requires the Avengers to get United Nations approval for their operations. Iron Man (Robert Downey Jr.), in what seems like at least something of a reversal from his prior anxieties about invaders from outside the galaxy, decides that the Avengers need to be brought to heel, while Captain America, worried that bureaucracy will stop the Avengers from providing immediate aid, refuses to sign up to work for the U.N.

The movie weaves together an interesting set of positions, expressing doubt about international law, moral outrage about indefinite detention and a perspective on the radicalization process that removes the debate from the quagmire of Islamist terrorism. And it's better for having sympathetic characters on each side of the debate, even if everyone other than Captain America and Iron Man have motivations that are either unclear or susceptible to change when it's useful for the plot. (This isn't even to mention the questions about isolationism and security implied by Black Panther's (Chadwick Boseman) presence in the movie.)

Batman v Superman: Dawn of Justice begins with Bruce Wayne (Ben Affleck) witnessing the city-destroying fight between Kryptonians Superman (Henry Cavill) and General Zod (Michael Shannon) and deciding that no one person should have that much power and be able to act independently. A senator (Holly Hunter), prodded by tech titan Lex Luthor (Jesse Eisenberg), who has his own dark visions about a coming alien invasion, holds hearings. Superman shows up only for a Luthor-backed victim (Scott McNairy) of the New York battle to detonate a suicide bomb.

But it's not only explosions that distract Captain America: Civil War and Batman v Superman: Dawn of Justicefrom the questions that fuel their first and second acts. The "Martha" moment in Batman v. Superman became instantly infamous, and for good reason: the idea that this titanic clash between iconic superheroes, motivated by wildly different worldviews, would come down to the fact that their mothers share the same name made a mockery of the film's proposed stakes and the relative intelligence of both protagonists.

And without saying anything explicit, Captain America: Civil War also ends up pivoting as much on personal concerns as on big ideas.

At this point, I should note that this is fine! A movie or television show doesn't have to explore politics, much less to come down on whatever the proper side of any given political issue is supposed to be, to be any good. And anyone who's ever heard me argue passionately in favor of a She-Hulk romantic comedy knows I don't have some obsession with making superhero movies relentlessly grim and didactic. But I do find it interesting that both Captain America: Civil War and Batman v Superman: Dawn of Justice set out to explore politics and then shy away from giving answers to the questions they've posed, seeking refuge in more intimate themes and emotions.

Posing their burning cities and bruising fights as a way to explore big, relevant themes in national security makes a claim that these movies are more than childish popcorn entertainments. That specific grasp for credibility only works, though, if you're willing to advance an argument about the questions you're posing, rather than simply punting it to the next franchise installment.

Christopher Nolan's Batman trilogy managed to do some of this. Increasingly, I'm unsure that another superhero franchise, at least not one governed the way Marvel and DC are handling their cinematic universes, will be able to manage it again.

It's not that there's anything about superheroes that makes it impossible to tell sophisticated political stories with a definite perspective. Jessica Jones, made for Netflix, an outlet that prioritizes smaller but highly passionate audiences, spent its first season telling a very specific story about misogyny and free will.

But in a business environment where the biggest superhero movies have to clear a billion dollars at the box office to be considered successful, and where superhero stories have to play equally well in wildly different political and cultural contexts, making an actual political argument might be the riskiest thing Marvel or DC could do. In conquering the world, superhero movies may have given up a piece of the argument that they deserve to rule it.