"Congratulations, Raqesh Bapat, you are on your way to becoming a henpecked husband...again," Kashmera Shah had tweeted about the actor and Shamita Shetty's equation earlier this month 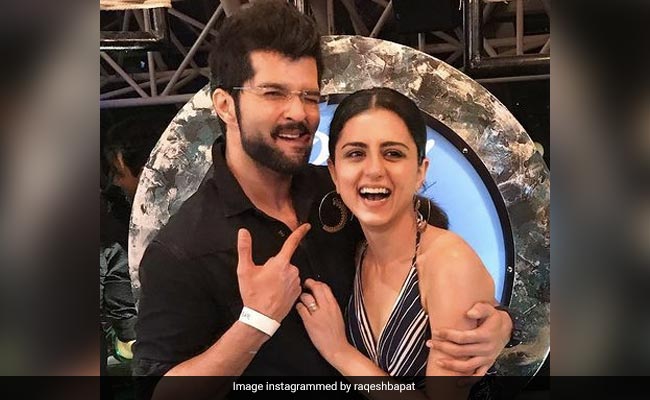 Bigg Boss OTT contestant Raqesh Bapat, in an interview with ETimes, opened up about the "henpecked" remark made by Bigg Boss alumnus Kashmera Shah against him earlier this month and shared what his ex-wife, actress Ridhi Dogra, told him after the incident. "Congratulations Raqesh Bapat, you are on your way to becoming a henpecked husband...again," Kashmera Shah had tweeted over a week ago after the actor and Shamita Shetty confessed their feeling for each other on Bigg Boss OTT, which concluded on September 18. Kashmera had also gotten a reply from Ridhi Dogra, who told her to not "make loose comments."

Talking to ETimes about his conversation with Ridhi Dogra over the "henpecked" remark after coming out of the Bigg Boss house, Raqesh Bapat said: "She was just bothered about me being called henpecked. She also reacted against it. Ridhi told me that you as a person can never be henpecked and it's just that you care a lot about people who you like and that's why you are that way. She also said to me that when you feel for a person, you would never react to that person in an angry way."

Raqesh, who was one of the finalists on Bigg Boss OTT, added that his ex-wife told him he "played well" in the house. The reality show was won by actress Divya Agarwal and Shamita Shetty was the second runner-up.

"She (Ridhi Dogra) told me that I played well and that she was worried about me as to how I would be dealing with things," Raqesh Bapat told ETimes.

Ridhi Dogra and Raqesh Bapat first met on the of 2010 TV show Maryada - Lekin Kab Tak. The duo were married for seven years before they decided to part ways.