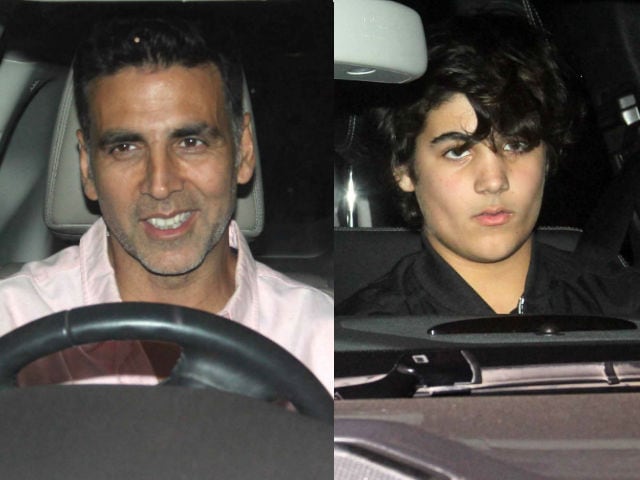 Aarav and Akshay Kumar photographed at the screening of Airlift.

New Delhi: Akshay Kumar's Airlift released on Friday to stupendous response from critics and audience alike. But, it was his son Aarav's compliment for the film which must have made his day.

Directed by Raja Menon Acharya, the film is based on the evacuation of Indians from Kuwait during the 1990 invasion by Iraq. The film also stars Nimrat Kaur and Purab Kohli.

Other celebs who praised the film and those associated with it are:

Watched AIRLIFT. What an amazingly patriotic film. Biggest ever rescue operation by India. Thanks to d passion & compassion of an INDIAN.:)

Congrats to the cast & crew of AIRLIFT. @akshaykumar your performance is of International level. Your graph as an actor is Inspirational.:)

@RajaMenon we pulled off that one film no one would allow you to make. Salute to the entire team. #Airlifthttps://t.co/kw3rj5WZ32

In his review for NDTV, Saibal Chatterjee wrote: "Airlift is a film that every Indian, and every Bollywood buff despairing for genuinely high quality storytelling, must watch." He gave the fim four-star rating. (Read Review: Airlift)