Welcome Home, Rajinikanth. Actor Returns From US in Blaze of Kabali Glory 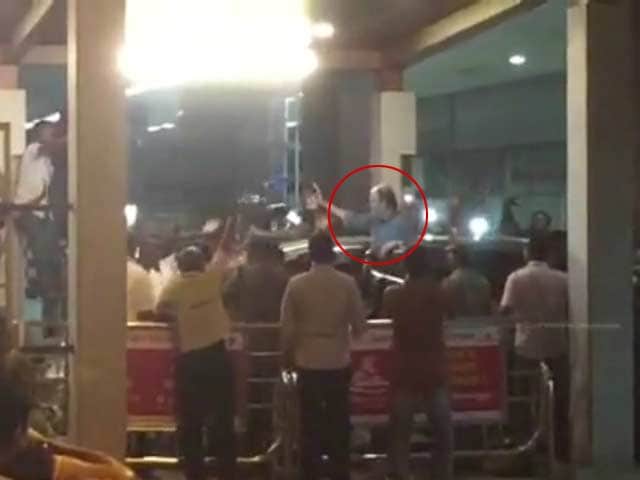 Rajinikanth photographed at the Chennai airport of Sunday night.

New Delhi: As the box office collections of Kabali continue to be debated, the film's star Rajinikanth returned to Chennai from USA on Sunday, welcomed by cheering fans who crowded the airport for a glimpse of the 65-year-old actor.

After being escorted to his car by heavy security, Rajinikanth stood on the footboard of his car and waved to his fans. They were beside themselves.
Chennai was ground zero for Kabali when it opened worldwide on July 22 - the first show of the film was screened at 6am, with queues snaking around theatres two hours prior. Cutouts of Rajinikanth decorated the city, his face stared out from on walls and cars. Fans sang, danced, let off fireworks and conducted the milk abhishekam that has become a tradition for Rajini movies.

Rajinikanth was in USA with his daughter Aishwaryaa when Kabali opened. She tweeted a picture of herself and her father at an US cinema a day before the film hit screens.

On July 17, Rajinikanth and Aishwaryaa visited the Satchidananda Ashram, also known as Yogaville, in Virginia.

The PR for Kabali has been massive, with a special Air Asia plane flying fans from Bengluru to Chennai to watch the film on Friday and other high-profile partnerships with brands like Airtel.

Shows were sold out a week in advance and tickets reportedly went for upto Rs 5,000 on the black market.

How much the film's box office receipts add up to is the subject of current debate. Kabali producer Kalaipuli S Thanu claimed on Saturday that the film made some Rs 250 crores in India on Friday. Independent agencies suggest that the figure is far less.