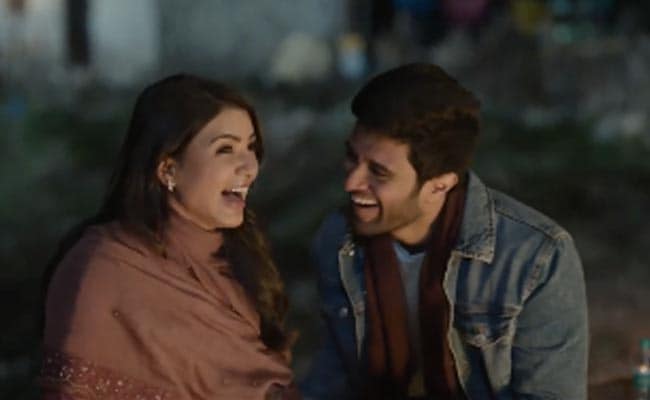 Samantha Ruth Prabhu, who is celebrating her 35th birthday today, received a special birthday surprise from friend and co-star Vijay Deverakonda. Samantha and Vijay are shooting for their upcoming movie VD11 in Kashmir, seeking an opportunity, Dear Comrade actor pulled a hilarious prank on the actress, and her reaction is a must-see. Vijay, with the help of his team, planned a fake scene involving an emotional dialogue. And right when Samantha shed tears while delivering a dialogue, Vijay called it a surprise. Sharing the video on his Instagram handle, he captioned it as, "Happy Birthday @samantharuthprabhuoffl Wishing you full happiness. Let's make a love story now :) Love and hugs, Vijay. "

Talking about their upcoming film, VD11, it is a romantic film helmed by Shiva Nirvana. It will be their second film together after Mahanati. The film is being produced by Naveen Yerneni and Ravishankar Yalamanchili.

Samantha Ruth Prabhu also received a special birthday gift from the makers of her upcoming film Shakuntalam. Producer Neelima Guna shared a new poster of the film and wrote, "Happy birthday to the ethereal Shakuntala from Shakuntalam!! #MythologyforMillennials".

Meanwhile, on the work front, Samantha Ruth Prabhu also has Yashoda, which is scheduled to release on August 12. Helmed by the duo Hari Shankar and Harish Narayan, the film is a new age thriller, co-starring Unni Mukundan and Varalaxmi Sarathkumar in pivotal roles.