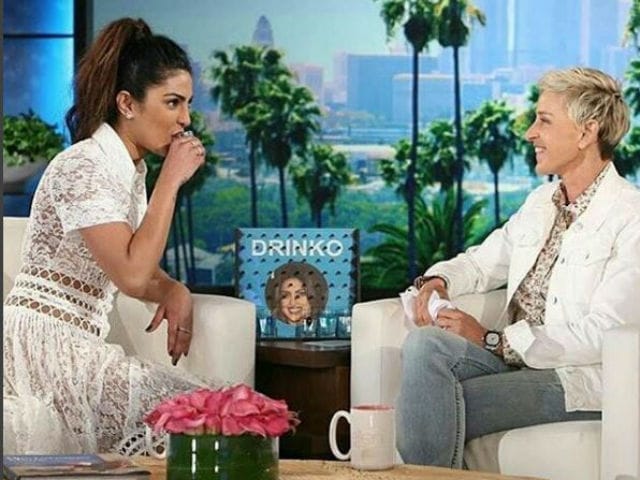 A still from the video posted by TheEllenShow

New Delhi: Actress Priyanka Chopra is riding high in her career internationally but the deal got real when she appeared on The Ellen DeGeneres Show on Tuesday.

The show started with Ellen mentioning a little drinking game Priyanka played at the Emmys red carpet this year. Priyanka was embarrassed to mention that since she didn't eat the whole day to fit into that ravishing red dress by Jason Wu (which little girls shouldn't do, Priyanka advised), she was "really wonky" after just one tequila shot that day.

Little did the Quantico actress know, that she would be asked to play the game again. But the sport that she is, Priyanka played, gulped down the tequila shot and set the ball rolling. "Thank you for that. This will be a really smooth interview," Priyanka said.

Priyanka and Ellen went on to talk about drinking habits of Americans and Indians and the actress was being her usual funny self.

.@PriyankaChopra has been Miss India and Miss World, and today she's on my show for the first time. I should've given her a sash. pic.twitter.com/dbEybDIs8V

Priyanka looked stunning in a white Zimmermann dress. She was styled by celebrity stylist Cristina Ehrlich. 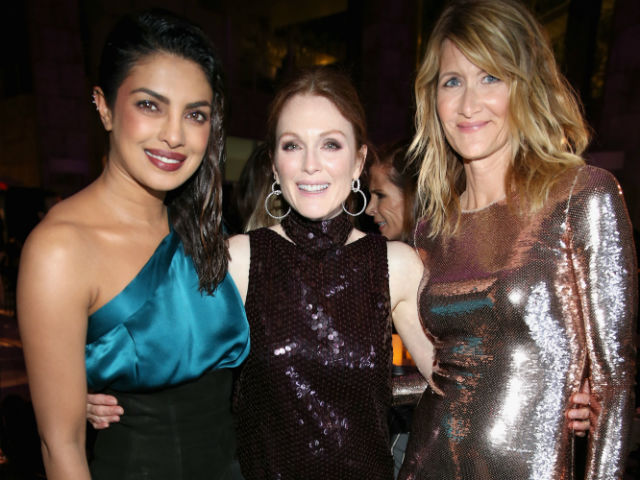 The actress Instgrammed this stunning picture from the award ceremony:

Promoted
Listen to the latest songs, only on JioSaavn.com
And the award for with 'Breakthrough Style Star' goes to...:

Thank you @instylemagazine for the honour. To be part of such August company was amazing. Lovely evening! @danasupnick @anjulaacharia @cristinaehrlich @kevinmichaelericson @irfan525

Priyanka Chopra, who is currently seen as Alex Parrish on the second season of TV show Quantico, will soon be making her Hollywood debut with Baywatch alongside Dwayne Johnson and Zac Efron. The film will hit the screens on May 19, 2017. Priyanka who was last seen in Jai Gangajal this year is yet to announce her next Bollywood project.