The video ends with Salman Khan delivering a final wave to the paparazzi and fans, who cheered back at him. Salman Khan at his balcony on Eid

As is ritual, Salman Khan made an appearance on the balcony of his residence in Galaxy Apartments on Eid sending the sea of fans waiting to catch a glimpse of the superstar in a tizzy. The 53-year-old actor Instagrammed a video, shot from the balcony of his home, along with a greeting: "Eid Mubarak." In the video, Salman Khan, dressed in white kurta-pyjama, can be seen arriving at the balcony and waving out to his fans as the cheers rose to a crescendo. Escorted by heavy security, especially his personal bodyguard Shera, Salman also briefly invites mother Salma Khan to greet his fans from the balcony. Towards the end of the video, the cheering transcends into a chant with his fans saying: "Salman... Salman..." The video ends with Salman Khan delivering a final wave to the paparazzi and fans, who cheered back at him.

So much love! Take a look at the video below:

Here's a behind-the-scenes moment from when the video was being shot: 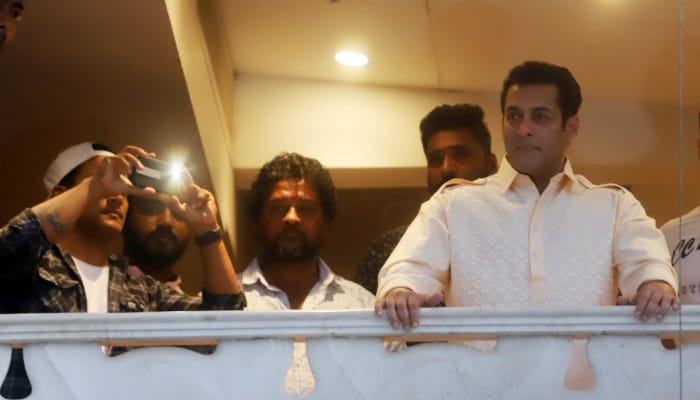 Can you spot Salman's parents Salma and Salim Khan in this photo? 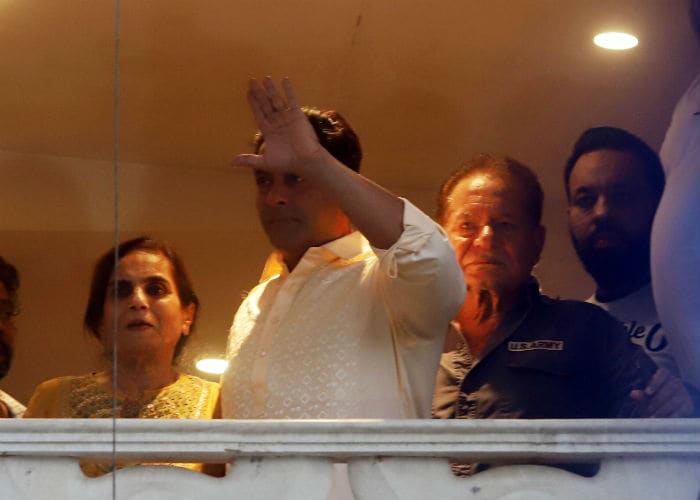 Salman Khan with his parents

Here are some more glimpses of Salman Khan waving to his fans on Eid. 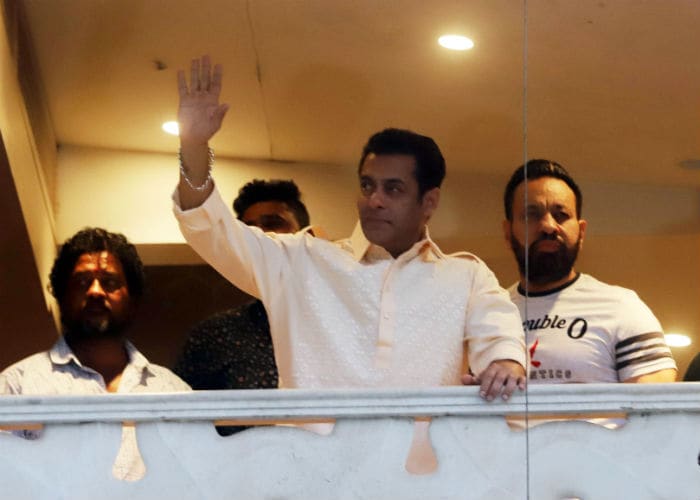 Salman Khan waving out to his fans This year too, Salman Khan had booked Eid for a new film - Bharat was his Eid offering this year. The movie opened to mixed reviews as it released in over 6,000 screens worldwide, out of which, Bharat opened to 4,700 screens in India. Directed by Ali Abbas Zafar, Salman Khan co-stars with Katrina Kaif in Bharat. Disha Patani, Jackie Shroff, Tabu and Sunil Grover also feature in the movie.