Earlier in April, Mike Tyson wrapped up dubbing for the film. His acting portions were shot in the US 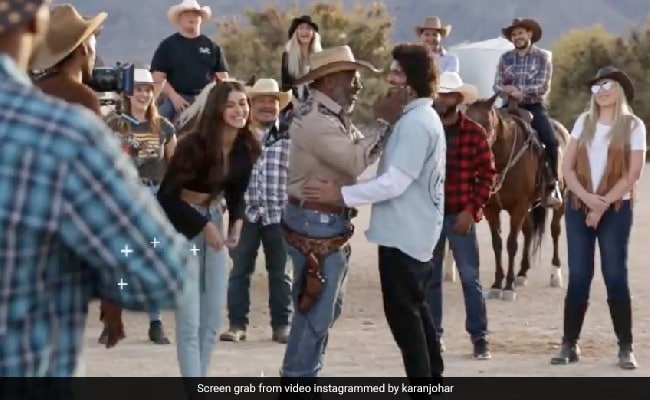 Boxing Ring Legend turns a year older on Thursday. For the unversed, Tyson is making his Bollywood debut with 'Liger', which also features Ananya Panday and Vijay Deverakonda in the lead roles. And as he celebrates his birthday today, team Liger has a special message for him. Producer of the film, Karan Johar took to his Instagram to share a video where Vijay Deverakonda, Ananya Panday and him can be seen giving a special birthday shoutout to him.

Earlier in April, Tyson wrapped up dubbing for the film. His acting portions were shot in the US.

Liger has been hogging the limelight ever since its inception but due to the COVID-19 pandemic, the makers of the movie put a pause on its shoot. The film was slated to get a worldwide theatrical release on September 9 last year but was postponed due to the rising COVID-19 cases at that time. Directed by Puri Jagannadh, the film will also feature Ramya Krishnan, Ronit Roy, Vishu Reddy, among others.

It has been co-produced by Charmme Kaur along with the director's production house Puri Connects. The film is now slated to get a worldwide theatrical release on August 25, 2022, in five languages - Hindi, Telugu, Tamil, Kannada and Malayalam.