War Trailer: Hrithik Roshan Vs Tiger Shroff In Mega Face-Off. Time To Pick A Side

"You'll need your team Tiger to console you when this war is won," wrote Hrithik Roshan 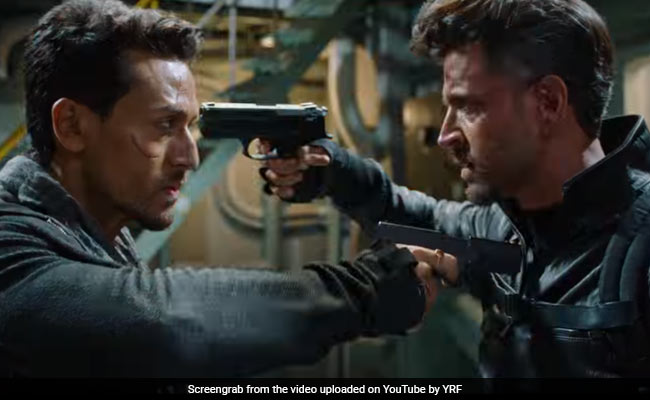 Hrithik and Tiger in a still from War. (Image courtesy: YouTube)

The much-awaited trailer of War hit the Internet on Tuesday and we can assure you that it was absolutely worth the wait. The video begins with a brief introduction of special agent Kabir (played by Hrithik Roshan), who, according to his seniors, has 'gone rogue.' The only way to stop him, it appears, is to kill him. Enter Khalid (Tiger Shroff), who is chosen to take Kabir out. Khalid, who happens to be a protege of Kabir, is aware of all his mentor's moves and is willing to go to any extent to carry out his mission. The trailer is packed with the sort of high-octane action sequences one would expect to see in a film starring Hrithik and Tiger. Vaani Kapoor makes a blink-and-miss appearance in trailer and not much is revealed about her character. Every bit of the War trailer is gripping and it would be difficult to pick sides.

Check out the trailer of War here:

Sharing the trailer of the film, Hrithik Roshan wrote: "You'll need your team to console you when this war is won. Team Hrithik make some noise." Tiger Shroff, on the other hand, tweeted: "The countdown to your defeat has started, team Tiger ready to celebrate our win?"

The countdown to your defeat has started, @iHrithik! #TeamTiger ready to celebrate our win?https://t.co/Z9m813IqkS#WAR#WarTrailer#HrithikvsTiger@vaaniofficial#SiddharthAnand@yrfpic.twitter.com/E0ARQzZj6d

War has been directed by Siddharth Anand and it has been produced by Aditya Chopra under his banner Yash Raj Productions. The film marks Tiger Shroff and Hrithik Roshan's first collaborative project. War is slated to hit the screens on October 2 this year.