Wait, What Did Salman Khan Mean When He Said 'Let's See' About Bigg Boss' Future?

During Bigg Boss 11 finale, Salman Khan said that the show will be back in a few months but backstage he said maybe not 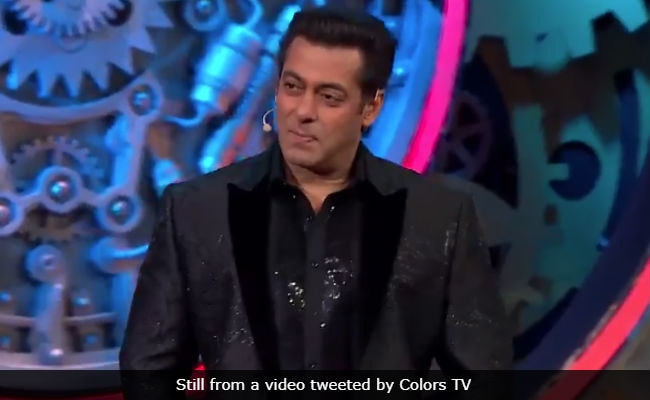 New Delhi: The end Bigg Boss 11 left a void in the lives of the fans of the reality television show. Some fans think that the show will return for the 12th times soon - after all, Salman Khan said that the showrunners will be back in 8-9 months during the finale. But in a video shared by fashion designer Ashley Rebello, who put together Salman's finale outfit, the show's host said, "Let's see if there's a new season of Bigg Boss next year or not?" Did you skip a heartbeat?

For all the #bigboss11 fans it's the #last #day ,#final it's Hina or Shilpa all the best my dear Shilpa, here's what #beingsalmankhan #stylediarieswithashleyrebello#black suit #super #cool #hot #love it Shilpa won

This was the channel's goodbye note for Bigg Boss fans - again without hinting about a new season:

After 105 days of full-on entertainment, #BB11 comes to an end. See you guys next season! #BB11Finale

Bigg Boss, which is inspired from Dutch TV series Big Brother, started in 2006. In 12 years, the longest gap between two seasons was between the first and the second season (19 months) otherwise the showrunners return with a new season every 9-10 months. Also, season 8 was the longest edition, which extended into Halla Bol spin off (of sorts). In India, Bigg Boss has branched out in several languages including Tamil, Telugu, Kannada and Marathi.

In season 10, Bigg Boss invited non-celebs to participate in the show and Manveer Gurjar (a non-celeb) won the series. This year too, Bigg Boss opened the gates of his home to non celebs but Bhabiji Ghar Par Hai! actress Shilpa Shinde was declared winner.

The finale of Bigg Boss 11 was aired over the weekend with Akshay Kumar as the celebrity guest, promoting his upcoming film PadMan.