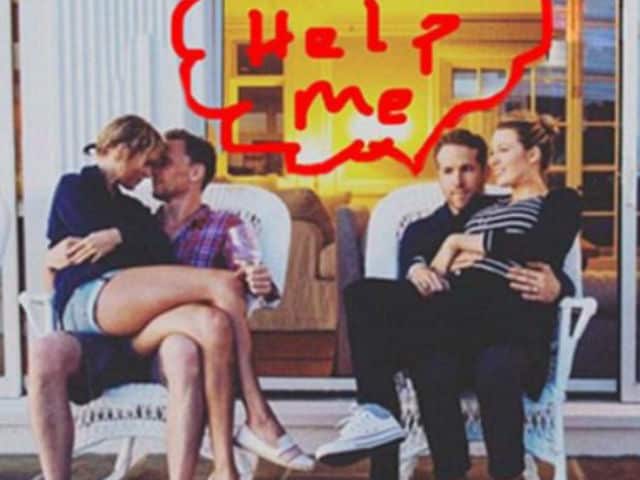 New Delhi: A cry of 'save Ryan Reynolds' has gone up across Twitter after the Deadpool actor was pictured at Taylor Swift's splashy July 4 party looking more dead than pool/cool.

Ryan definitely looks uncomfortable with all the Hiddleswift action going on next to him.

Reynolds looks like he forgot to say cheese bc he was mentally cataloging the regrettable choices that led to this pic.twitter.com/koFtgdNSrm

Ryan Reynolds is all of us trying to understand the phenomenon that is #Hiddleswiftpic.twitter.com/jI2OR4A6IL

I have never seen anyone so second-handedly embarrassed like Ryan Reynolds next to Hiddleswift canoodling.

Was Ryan Reynolds there so Tom had a grown up to talk to/help him chaperone?

@VancityReynolds what to do think when Loki is next to you ? You know pic.twitter.com/9JJXicb19S

My concern at this point is less about the legitimacy of Hiddleswift and more about extracting Ryan Reynolds.

Ryan does appear to be having more fun in this photo posted by his wife Blake Lively:

If you don't know by now, Blake is one of Taylor Swift's besties. The Bad Blood singer, 26, and Tom Hiddleston, 35, popped up in paparazzi pictures some weeks ago, snogging on Rhode Island, where T-Swift lives. Since then, they've been jetted across the globe, being photographed in Nashville, England and Italy.

Tom, who famously plays Loki and wants to be the next James Bond, wore a T-shirt that read 'I (heart) TS' to his supposed girlfriend's July 4.