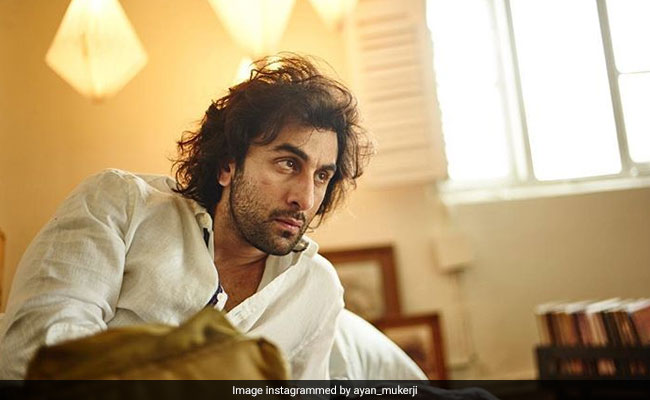 Ranbir Kapoor flew out to New York over the weekend and the Internet simply can't get over a video of Ranbir's brief conversation with a photographer. On his way to the entry gates at the Mumbai airport, Ranbir was surrounded by the paparazzi (as is tradition) when something caught his eye and he had to enquire about it. "Chappal kahaan se liya?" asked Ranbir to a photographer, who was busy clicking and appeared to miss Ranbir's question. The 36-year-old actor repeated his question when the photographer innocently answered "Andheri station." LOL. The video of Ranbir asking "Chappal kahaan se liya?" is crazy viral now. Take a look.

Ranbir with his viral Chappal Question & takes some selfies with fans at Mumbai Airport pic.twitter.com/19dj24yNOm

Ranbir Kapoor was just spotted hanging out with Anupam Kher in New York:

It is always delightful to meet one of India's finest and my most favourite actor and person #RanbirKapoor. He is affectionate, loving, respectful, knowledgable compassionate and hugely talented. It was nice walking with him on the streets of NYC and talking about films, life and life's lessons.

Ahead of that, Ranbir was spotted chilling with his parents Neetu and Rishi Kapoor in New York. Neetu Kapoor shared a few selfies on Instagram and wrote: "That amazing feeling in your lows when there is positivity, happiness, love and that wink!" Rishi Kapoor is in the Big Apple for treatment - the Kapoors have remained extremely guarded about the veteran actor's medical condition. However, Rishi Kapoor is expected to be back home soon.

Ranbir Kapoor recently won the Best Actor Filmfare Award for Sanju. On the work front, Ranbir Kapoor has films such as Brahmastra and Shamshera in the line-up. In Brahmastra, Ranbir co-stars with Alia Bhatt - their first film together.