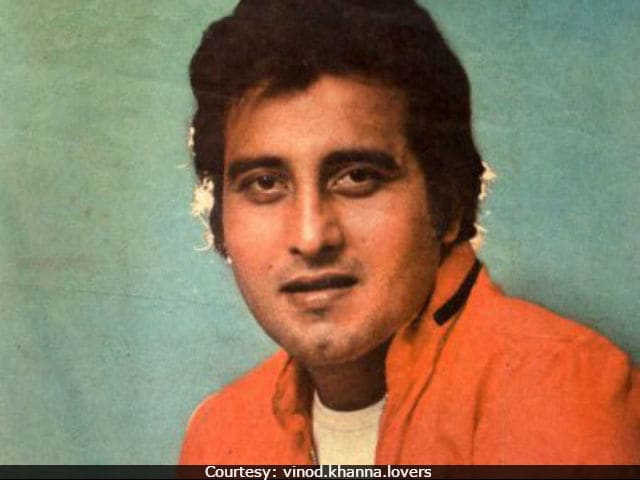 Vinod Khanna made his Bollywood debut in 1968 (Courtesy: vinod.khanna.lovers)

New Delhi: Actor-politician Vinod Khanna, who was admitted to Mumbai's Sir HN Reliance Foundation hospital, is better now, reports Spotboye. "Dad is doing better," Mr Khanna's elder son Akshaye Khanna told Spotboye. Vinod Khanna was hospitalised on March 31 for severe dehydration. On Sunday, the doctors at the hospital released Mr Khanna's health bulletin, which stated that Vinod Khanna's health is better and he is improving." It was believed that the 70-year-old actor was suffering for cancer of the bladder, after a heart-wrenching photo of Mr Khanna, wearing hospital clothes and surrounded by his family members, swiftly went viral on social media last Thursday. However, the hospital authorities later confirmed that Mr Khanna had acute dehydration.

Meanwhile, veteran actor Asha Parekh also wished a good health to Vinod Khanna. "It's a very unfortunate thing that he is not feeling well. I pray to God that he recovers very fast. He was a very handsome guy... It's sad to know he is not keeping well," IANS quoted her as saying. Legendary singer Lata Mangeshkar had also wished for Mr Khanna's speedy recovery on Twitter.

My prayers and good wishes are with Shri Vinod Khanna ji for a speedy recovery.
One of the finest artistes of our industry.

Vinod Khanna, the star of films like Amar Akbar Anthony, Hera Pheri, Dayavan, Qurbani and Haath Ki Safai, has four children. He was married Geetanjali from 1971 to 1985 and together they have two sons Akshaye Khanna and Rahul Khanna. Akshaye is known for his role in Taal, Dil Chahta Hai and Race. Mr Khanna later married Kavita Daftary. They are parents to son, Saakshi and daughter, Shraddha.

After Mr Khanna's pictures went viral, actor Irrfan Khan said that he was "very shocked to see it." He told IANS, "I am very upset to know that Vinod Khannaji is not well. I wish him a speedy recovery. When I saw his picture, I was very shocked. If I can help in any way, I will do that, I am ready to donate my organ if needed. I want to pray to almightily so that he can get well soon."

Promoted
Listen to the latest songs, only on JioSaavn.com
Vinod Khanna was last seen in Shah Rukh Khan's 2015 film Dilwale. He was also a part of Salman Khan's Dabangg and Dabangg 2. He is currently the MP from Punjab's Gurdaspur.