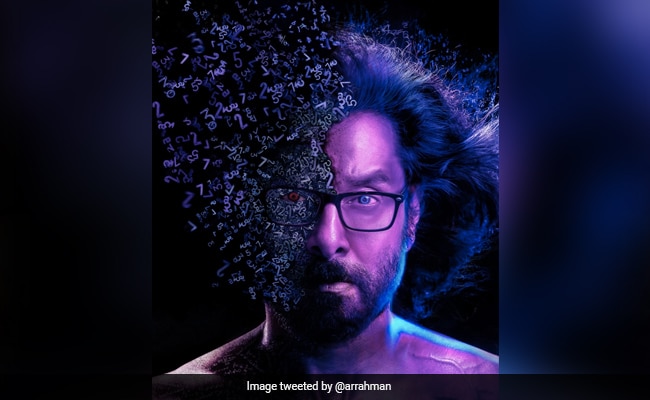 Tamil actor Vikram occupied the top spot on the list of trends on Friday, courtesy his second look poster from his work-in-progress film Cobra. The film will also mark former cricketer Irfan Pathan's acting debut. Cobra, directed by Ajay Gnanamuthu and produced by SS Lalit Kumar, features Vikram in the lead role. Months after dropping the first look poster of Vikram from Cobra, director Ajay Gnanamuthu released the second look poster of the actor that features him in a new avatar. Only half of his face is visible in the poster while the other half comprises digits. The tagline on the poster reads, "Every problem has a mathematical solution." Cobra second look has also been shared by AR Rahman, who has been composing music for the film.

In February, Ajay Gnanamuthu unveiled the first look poster of Vikram from Cobra on social media. Glimpses of Vikram's multiple avatars can be seen in the poster. "Here's #CobraFirstLook! Super happy to be helming this project," wrote the director.

Later in October, on Irfan Pathan's birthday, the makers of Cobra shared his first look from the sci-fi thriller. Irfan Pathan plays the role of a French Interpol officer named Yaslan Yimlaz in Cobra. Sharing the poster, Ajay Gnanamuthu wrote: "Wish you many more happy returns of the day dear Irfan Pathan. Super happy to have met and worked with such a warm and a caring person like you... Wishing you only the best in the year ahead."

Wish you many more happy returns of the day dear@IrfanPathansir Super happy to have met and worked with such a warm and a caring person like you.. Wishing you only the besttt in the year ahead#Cobra#HBDIrfanpathan#AslanYilmazpic.twitter.com/JBwIlbzGJM

Cobra was scheduled to release in May 2020 but got delayed due to the coronavirus pandemic.