Vikram Captures the Spirit of Chennai in This Song 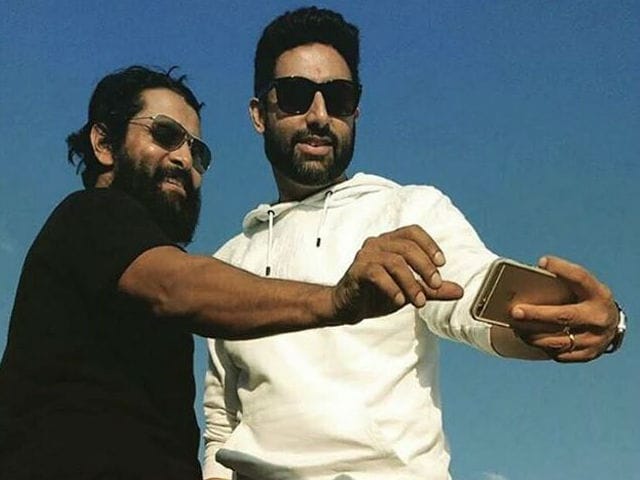 Chennai: Southern superstar Chiyaan Vikram, who caught the attention of the entire nation with his performances in Mani Ratnam's Raavan and Shankar's I, turned director for a video album.

Vikram had first initiated and recorded the song Spirit of Chennai with composer C Girinandh, as a tribute to the spirit of the city and its volunteers during the recent floods that pounded the state. The song was released on January 2 and featured the voices of over 28 singers, including Shankar Mahadevan, Hariharan and S P Balasubrahmanyam. The visuals of Spirit Of Chennai, are currently being shot in Chennai under Vikram's direction. (Also Read: When Rana Daggubati's Baahubalis Battled the Chennai Floods)

Several stars dropped in on the sets to be a part of this video, including Abhishek Bachchan, Prabhu Deva, Suriya Jiiva, Sivakarthikeyan, Bharath, Karthi, Nivin Pauly, Khushboo, Jayam Ravi, Vikranth, Vishnu Vishal, Nayanthara, Amala Paul, Varalaxmi and many others. Here's an exclusive sneak peek from the sets of Spirit of Chennai: