'Viju Khote, We Will Miss You': Rishi Kapoor, Madhuri Mourn Co-Star And Friend 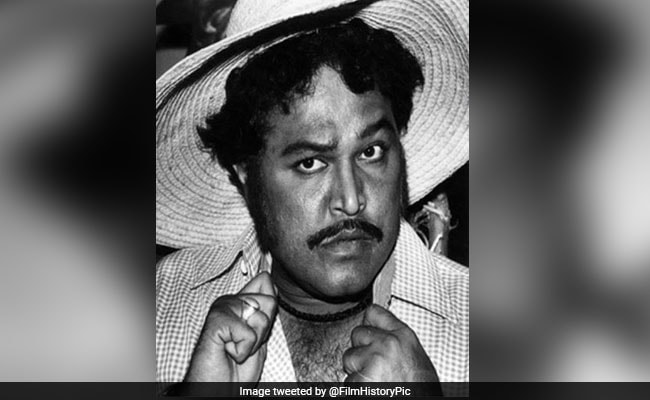 Actor Rishi Kapoor remembered his "dear friend" Viju Khote in a heart-wrenching tweet just hours after the news of Viju Khote's death shocked fans. He was 77. Sharing memories from his younger days, Rishi Kapoor tweeted: "RIP. Viju Khote. Dear friend over the years. Though much elder, we used to bike together along with sister Shubha Khote ji, when I was young. Passionate and well informed about American films. We will miss you," tweeted Rishi Kapoor and added this bit in Marathi: "Viju kutte aahe?" which roughly translates in English to: "Where is Viju?" Rishi Kapoor and Viju Khote co-starred in films like 1986's Nagina, 1991's Banjaran and 1980's Karz. In 1980 reincarnation drama Karz, Viju Khote played a negative role as Pran's accomplice Baayan. In the film, the role of Rishi Kapoor's mother was played by Viju Khote's aunt Durga Khote.

RIP. Viju Khote. Dear friend over the years. Though much elder,we used to bike together along with sister Shobha Khote ji,when I was young. Passionate and well informed about American films. We will miss you" Viju kutte aahe? pic.twitter.com/6e6KXaepFI

Madhuri Dixit, who worked with Viju Khote in films such as Pukar, Dil, Vardi and Thanedaar, tweeted a message of condolence: "Sad to hear about the demise of Viju Khote Ji. May his soul rest in peace."

Sad to hear about the demise of #VijuKhote Ji. May his soul rest in peace.

Abhishek Bachchan, whose megastar father Amitabh Bachchan has worked with Viju Khote in films like Sholay, Adalat, Namak Halal and Family among others, sent condolences to his family:

#VijuKhote ji, rest in love! You had so much of it to give. My condolences to his family.

Veteran scriptwriter Salim Khan, who co-wrote Sholay with Javed Akhtar, including Viju Kote's famous dialogue: "Sardar, maine aapka namak khaya hai", told PTI: "It is very sad to hear about his death. We all have to face this some day. It feels great that the dialogue is still remembered."

Javed Akhtar's filmmaker daughter Zoya Akhtar said the Viju Khote's performances will be etched in the minds of cine-goers forever: "He has been around, I've seen him in films since I was a child. He has been a part of Sholay, he is a face that has been on everyone's consciousness, whoever watches Indian cinema. We hope he rests in peace."

Several tweets, mourning Viju Khote, poured in from the likes of Ajay Devgn, Suniel Shetty, Boman Irani and others:

Actors like Viju Khote were institutions by themselves. Their large body of work will always be remembered. I'm fortunate to have worked with him on quite a few films. RIP Sir My heartfelt condolences to the family.

Will miss you Viju ji... Rest in peace #vijukhote#RIPVijukhotepic.twitter.com/wgALPTmNsa

Darling colleague Viju Khote is no more. Hilarious on stage, iconic on screen and a darling of a human being in real life. Such a loving and humble soul. Will miss you Bawa. pic.twitter.com/IJdkXACr8S

Viju Khote, along with niece Bhavana Balsavar and elder sister Shubha Khote, famously featured in Nineties' sitcom Zabaan Sambhalke. Viju Khote, also a renowned name in Marathi cinema and theatre space, has featured in over 300 films in the Hindi and Marathi entertainment industry. Viju Khote is best remembered as the friendly villain Robert from Aamir Khan and Salman Khan's Andaz Apna Apna, a role which he sort of reprised in Robert in 1994 film Ajab Prem Ki Ghazab Kahani years later. Viju Khote will also be remembered forever as dacoit Kalia from Sholay, to Amjad Khan's Gabbar had asked this famous dialogue: "Kitne aadmi the?"

Rishi Kapoor, 67, returned to Mumbai earlier this month after a prolonged period of cancer treatment in New York.