"Sidharth Shukla has been my best friend because I've never had a friend like him," said Vidyut Jammwal 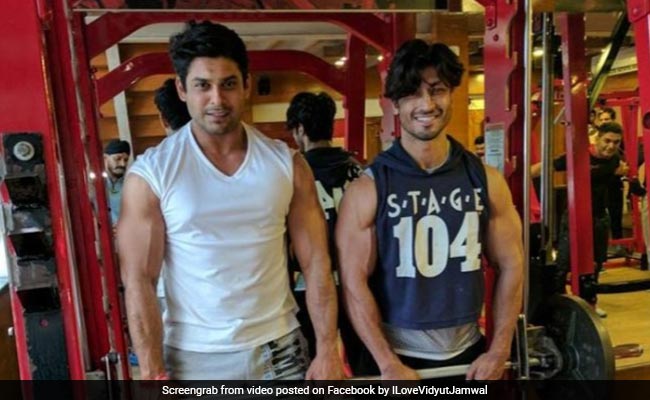 A throwback of Vidyut Jammwal with Sidharth Shukla (courtesy ILoveVidyutJamwal)

Actor Vidyut Jammwal paid a heart-warming tribute to late actor Sidharth Shukla, who was his friend for 20 years. Vidyut Jammwal, who too started out in showbiz as a model like Sidharth Shukla, remembered his best friend in an emotional video and said: "Sidharth Shukla has been my best friend because I've never had a friend like him. I've never had a friendship with anybody like the one I had with Shukla." Vidyut Jammwal, who is from Jammu, revealed that Sidharth Shukla was the first gym friend he had made in Mumbai. Vidyut remembered the work out mantra Sidharth used to follow: "To be the man, you gotta beat the man." Sidharth was a "hard-core action fan," said Vidyut, who was visibly getting teary eyed every now and then.

Vidyut Jammwal revealed they would often catch up at each other's homes and that 15 July was the last time Sidharth had come over to his place after a random phone call. While describing Sidharth Shukla as he knew him, Vidyut Jammwal said that "He was on the biggest high of his life," he used to "respect the paparazzi" and was the first friend Vidyut showed his first Filmfare trophy. Vidyut Jammwal also said he often used to borrow Sidharth Shukla's bike to go on long rides.

Sidharth Shukla died in Mumbai on September 2 at the age of 40 - his sudden death at the age of 40 left the showbiz fraternity shocked. Sidharth Shukla started out in showbiz as a model and made his acting debut with the 2008 TV show Babul Ka Aangann Chootey Na. Sidharth Shukla was propelled to stardom with his starring role in Balika Vadhu and he became a household name after participating in Bigg Boss 13, which he won. Mr Shukla also starred in several other shows such as Jaane Pehchaane Se... Ye Ajnabbi, Love You Zindagi, CID and Dil Se Dil Tak.