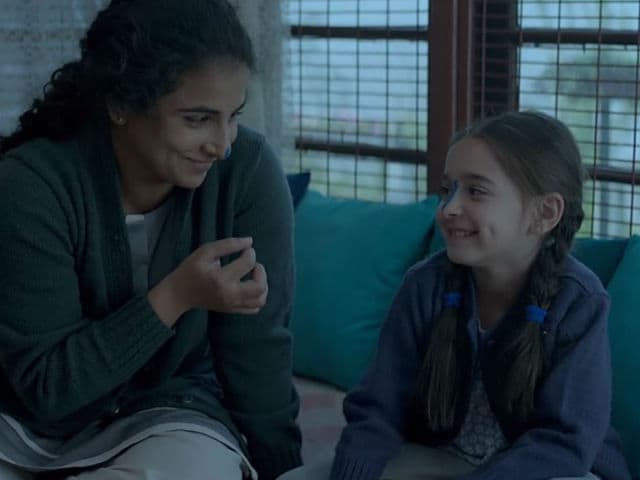 New Delhi: The trailer of Kahaani 2: Durga Rani Singh is here and we cannot wait till December 2 to know the truth.

The trailer starts with Vidya Balan's (introduced as Vidya) accident due to which she slips into coma and Arjun Rampal (sub-inspector Inderjeet) investigating the hit-and-run case. He's trying to put together pieces of Vidya's life when he comes across her alter ego Durga Rani Singh, who is a fugitive wanted for kidnapping and murder.

The little that we get to know about Durga is that she's emotionally attached to Mini (we don't know their relationship) and is willing to go to any lengths to protect her and keep her away from harm's way.

Vidya and Durga's lives intertwine to create a thrilling kahaani:


The makers of Kahaani 2 have shared two posters from the film - first shows Vidya Balan as a fugitive, the other hints at her backstory.

She is charged with murder and kidnapping. Durga Rani Singh is WANTED! Have you seen her? #Kahaani2https://t.co/vp1vgv0Scd@vidya_balanpic.twitter.com/XgJJExjW9S

Durga Rani Singh has more to her Kahaani! Here's the official poster of #Kahaani2. Trailer out tomorrow. @vidya_balan@sujoy_g@PenMoviespic.twitter.com/g2WTTji2bf

Promoted
Listen to the latest songs, only on JioSaavn.com
The film's cast and crew launched the trailer at an event in Mumbai.

The film is a sequel to 2012 film Kahaani and also stars Jugal Hansraj and Tota Roy Chowdhury. Kahaani : Durga Rani Singh is directed by Sujoy Ghosh.