Vidya Balan Says There Is No Competition With Rituparna Sengupta 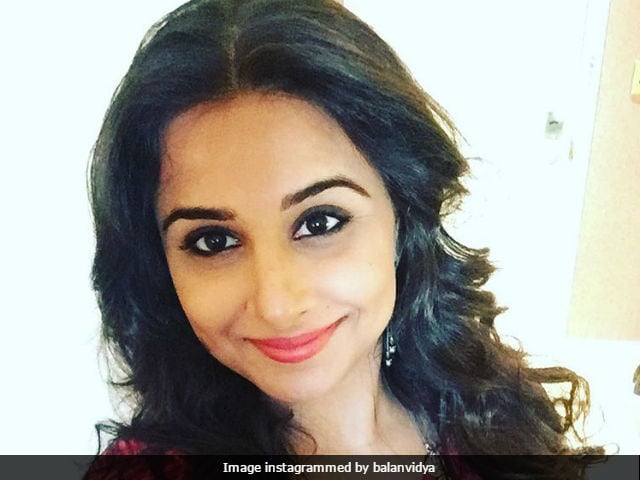 New Delhi: Actress Vidya Balan is currently busy promoting her film Begum Jaan. The film is a remake of the "2015 Bengali movie Rajkahini starring Rituparna Sengupta. Speaking to news agency PTI, the 38-year-old actress said Rituparna Sengupta is a 'dear friend' and that she has no competition with her. "I do not have any competition with Ritu didi. She is a dear friend and delivered a powerful performance as Begum Jaan in the Bengali film by Srijit Mukherjee." She added: "I met Rituparna Sengupta during this visit and she wished me. Ritu di and I share good rapport and we have often met in the past. She has wished me all the best and said that she would come to see the film."Begum Jaan will see Vidya Balan portray the role of a brothel madam in Punjab during the Partition of 1947. The film is scheduled to release in theatres on April 14.

Speaking about her equation with filmmaker Srijit Mukherjee, the Paa actress said: "I have old ties with Srijit. He had got so much love from the people of Bengal for Rajkahini and other films. Now with Begum Jaan, he will be showered with the love of people of the entire country."

She added: "After Srijit, I wish to work with other (prominent) Bengali filmmakers."

Promoted
Listen to the latest songs, only on JioSaavn.com
Vidya Balan was last seen in 2016 movie Kahaani 2: Durga Rani Singh opposite with Arjun Rampal. After Begum Jaan, Vidya Balan will be seen portraying the role of a radio jockey in Suresh Triveni's Tumhari Sulu.