Vidya Balan Says Her Husband Thinks She Has 'A Violent Streak' 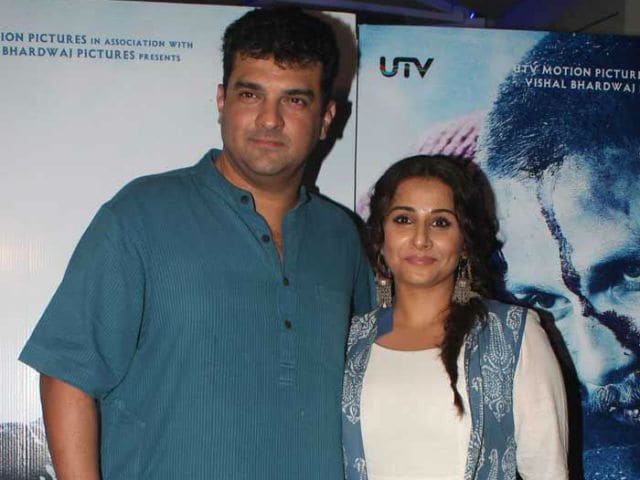 New Delhi: Actress Vidya Balan, who is playing the role of a brothel madam in her upcoming movie Begum Jaan, has revealed that her producer husband Siddharth Roy Kapur believes that she has a "violent streak" in her. The Kahaani actress opened up in a TV chat show about how she was offered the role in Begum Jaan and was quoted by IANS as saying: "I wanted to unleash the fierce part of me and all it took was a conversation with Mahesh Bhatt saab on a flight during the promotions of Hamari Adhuri Kahani. I told him that I wanted to give an expression to my anger, I have a lot of anger. But to actually give vent to that kind of anger, aggression, wasn't easy. But it was fun, once you break the limits. It's so freeing. Siddharth believes that I do have a violent streak."

Begum Jaan is the story of a brothel madam in Punjab, who refuses to leave her home at the time of Partition when told that the Radcliffe Line would be drawn through her home. The movie tracks the story of the fight for independence by strong women. It is the Hindi adaptation of 2015 Bengali film Rajkahini, which also dealt with the Bengal Partition.

Promoted
Listen to the latest songs, only on JioSaavn.com
Begum Jaan also stars Naseeruddin Shah, Ila Arun, Gauahar Khan, Pallavi Sharda and Rajit Kapoor in pivotal roles. Directed by Srijit Mukherji and produced by brothers Mahesh and Mukesh Bhatt, the movie is set to hit the theatres on April 14.