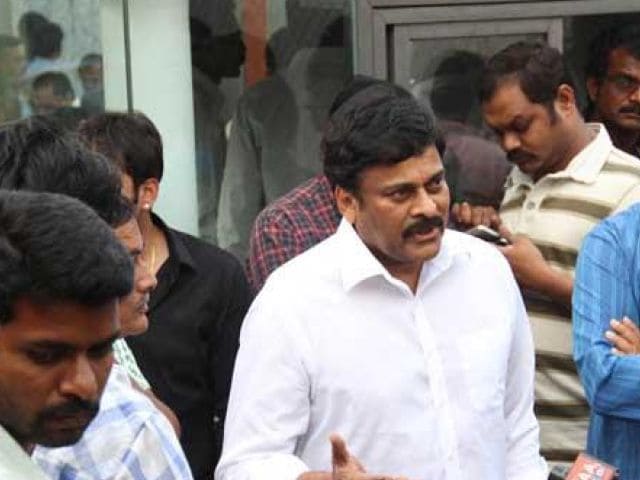 Chiranjeevi has a 15-minute cameo in Bruce Lee - The Fighter

Hyderabad: Telugu actor-politician Chiranjeevi is in the news for his outburst at a fan. (Also Read: At Chiranjeevi's 60th Birthday, Bachchans, Salman Add Bollywood Tadka)

A video which shows Chiranjeevi scolding one of his fans at the music launch of son Ram Charan Teja's upcoming film has found its way online and has taken fans of the Telgu superstar by surprise.

In the 15-second clip, an irate Chiranjeevi tells a man who seems to be trailing him, "Everytime you do this only. How many times do you have to be told? Stupid fellows."

The incident took place in Hyderabad last weekend at the music launch of Bruce Lee - The Fighter. Chiranjeevi has a 15 minute-cameo in the film which opens on October 16.

Chiranjeevi, 60, a megastar in the Telugu film industry for over three decades, made his political debut by forming a regional party called Praja Rajyam Party in Andhra Pradesh in 2008. He contested elections in 2009 from his hometowns Palakollu and Tirupati.

In 2011, Chiranjeevi merged the Praja Rajyam Party with the Congress. He was subsequently nominated to Rajya Sabha and was made a minister in the Manmohan Singh government.

Chiranjeevi will soon start working on his 150th film, which will be helmed by filmmaker Puri Jagannath.