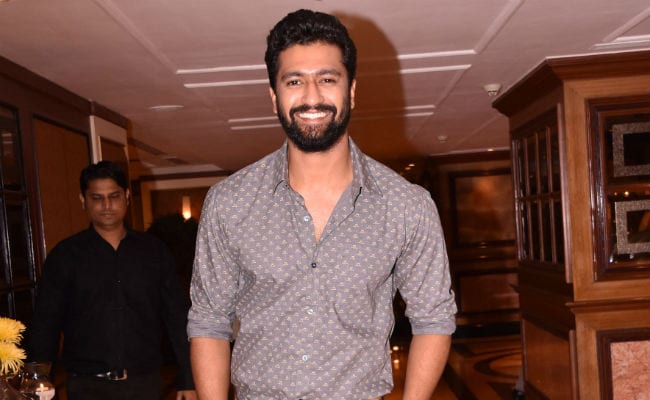 Vicky Kaushal, who is currently shooting for his upcoming film Uri in Serbia, has injured his right arm while filming an action sequence, news agency ANI reported. "The doctors said it was due to a muscle inflammation and overexertion. He has been undergoing daily physiotherapy sessions," a source told ANI. Despite the injury, Vicky Kaushal continued shooting for the film. "Vicky has resumed the shoot in Serbia despite the injury. The team has made arrangements and planned the schedule in a way to ensure that the injury isn't aggravated," ANI reported. The film, which is based on Indian army's surgical strikes post-Uri terror attack in Jammu and Kashmir on September 29, 2016, also stars Yami Gautam in a pivotal role.

Vicky Kaushal had started shooting for Uri even before his last film Sanju had released. Vicky played the character of Sanjay Dutt's best friend Kamlesh Kanhaiyalal Kapasi/ Kamli in the Rajkumar Hirani-directed film. Sanju is the biopic based on the life of actor Sanjay Dutt and Ranbir Kapoor played the protagonist in the film. Vicky Kaushal couldn't make it to Sanju's success bash hosted earlier this month but Ranbir Kapoor made sure he was part of the celebrations from miles away. Ranbir connected Vicky through a video-call and in his presence made the success speech. Sanju released on June 29 and is doing wonders at the box office. It has also crossed the 300 crore mark.

Before Sanju, Vicky Kaushal played a pivotal role in Meghna Gulzar-directed Raazi, which featured Alia Bhatt. The film had received appreciation from both critics and the audience. The 30-year-old actor was also part of two Netflix film Love Per Square Feet and Lust Stories, which have also been showered with immense appreciation. Vicky, who is also part of Manmarziyaan, finished shooting for the film recently.

Promoted
Listen to the latest songs, only on JioSaavn.com
Comments
vicky kaushalUrisanju