Varun Dhawan's Dark Side in Badlapur Scared His Mother 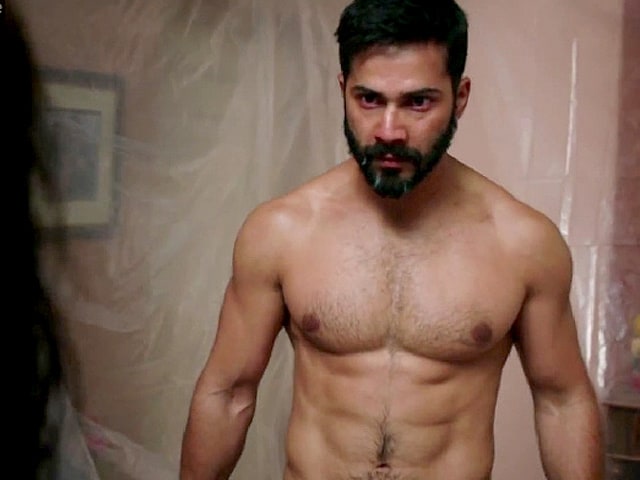 Varun Dhawan in a still from Badlapur.

After playing a romantic hero on-screen, actor Varun Dhawan has shifted to a darker role with his upcoming film Badlapur. He is confident the audience would accept him in his new avatar and adds that it is unwise to doubt viewers' intelligence.

Known for being part of youth-centric money-spinners like Student Of The Year and Main Tera Hero, Varun enters a darker territory with Badlapur, which is loaded with violence. (Also Read: Can't Say I Enjoyed Doing Badlapur as I Suffered a Lot, Says Varun)

Set in the year 2000, the revenge saga would see Varun getting violent and killing people and he is impressive in his in act, as far as the trailer shows. (Also Read: Varun Dhawan in the Dark World of Badlapur)

Asked if his fans would accept him in the negative avatar, he said: "We insult the intelligence of the youth. Children are very intelligent, today. People ask, is it okay for kids to watch the film? The fact is we (films) are better than news where you see war and fights happening all the time."

"Today's kids and youth are way smarter than how we were," he said.

Despite the fact that the Sriram Raghvan's directorial film is gory, Varun hopes that Badlapur is cleared with U/A certificate so that it reaches out to a wider audience when it releases on February 20, 2015.

He said, "The story is about crime. There is violence in the film and I am prepared for an A-certificate, but, if it gets U/A-certificate, then more people will be able to watch it."

"We don't want to dilute it. We leave it to the censors to decide whether above 12-year-old can watch the film," he added.

Varun will get ample support from actors Huma Qureshi and Nawazuddin Siddiqui, who will be seen in prominent roles in Badlapur.

Promoted
Listen to the latest songs, only on JioSaavn.com
As for his preparation for the role, Varun's mother feels he got so deeply involved with his character while shooting for Badlapur that she started feeling he was not her son.

When asked if he took his character home, she said, "There were times when I felt he is not my son. If he had a knife, he would have first stabbed me. It was a change in his personality I was scared about, but I believe that was for the best."