Varun Dhawan's Birthday Post For Girlfriend Natasha Dalal Couldn't Be Any Cuter: "Choose You Over UFC"

"Happy birthday, Nata. I choose you over the UFC," he wrote along with a photo, in which she can be seen posing with Natasha by the beach. 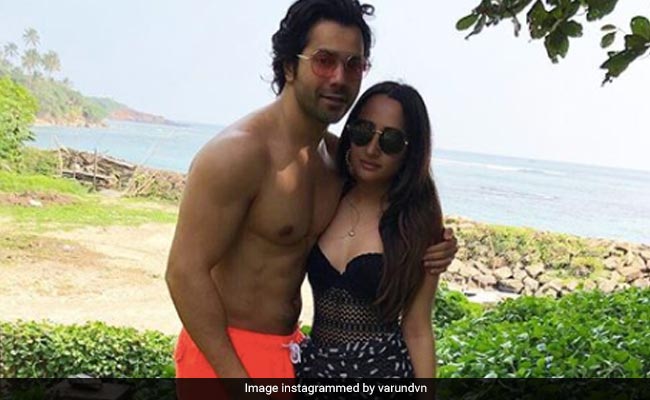 Such a cute pic of Varun and Natasha! (courtesy varundvn)

First, Happy birthday, Natasha Dalal! Varun Dhawan made her girlfriend Natasha Dalal's birthday super special with a throwback memory from what appears to be a vacation postcard. The 33-year-old actor, who is a huge fan and an ardent follower of mixed martial arts programme Ultimate Fighting Championship (UFC), posted a simple birthday wish for Natasha, which said it all: "Happy birthday, Nata. I choose you over the UFC," he wrote along with a photo, in which she can be seen posing with Natasha by the beach. However, looks like Varun couldn't join Natasha for her birthday celebrations during the lockdown as he also shared another photo of just Natasha and her dog with the caption: "Happy isolation birthday."

Take a look at Varun's birthday greeting for Natasha here:

Happy birthday nata. I choose you over the ufc

Earlier, in February, the Dhawans were spotted arriving at Natasha Dalal's Mumbai residence when it was speculated that the couple had a secret roka ceremony. Varun dismissed the rumours in a tweet, writing: "Hey guys, before you let your imagination run wild, it was a birthday party. Wanted to clarify before any false news is spread. Cheers." The fam-jam turned out to be Natasha Dalal's father Raju Dalal's birthday party.

Varun and Natasha were reportedly looking forward to a summer wedding this year but according to a source quoted by mid-day: "Looking at the current scenario, they have decided to tentatively push the shaadi to November and have reverted to their original choice of destination, Thailand."

On the work front, Varun Dhawan was last seen in Street Dancer 3D and has Coolie No 1 lined up for release.