This Valentine's Day, let us go back to some of the memorable romantic scenes from films 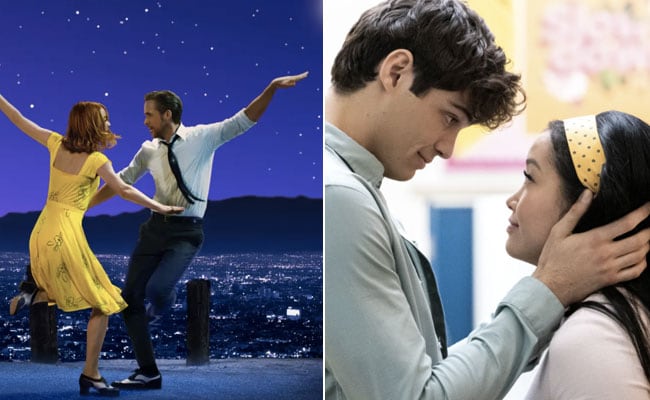 Valentine's Day isn't just about roses and chocolates. It's a day that has traditionally celebrated love in all its expressions. Thanks to some iconic movie moments that have captured the essence of love. You can celebrate Valentine's Day by diving into one of these adorable romantic sequences that got featured in films across Bollywood and Hollywood. Whether it's about the happy endings to a love story or the initial sparks of a romantic tale, these filmy moments have stayed rent-free in the hearts of many. This Valentine's Day, let us go back to some of the memorable romantic scenes from films.

Ryan Gosling and Emma Stone cast a spell with their chemistry throughout this dreamy movie. But the lovely night scene where the two characters begin to dance under a starry night is one of the most memorable moments from the film. The characters stole our hearts with their high spirits.

2.To All The Boys I've Loved Before

This film series is perhaps one of the cutest love stories out there. And, guess what? The first instalment of the movie features a tremendously adorable Valentine's Day moment. We love it when Lara Jean receives her special gift on this day from Peter Kavinsky.

This romantic film has made many viewers teary-eyed with its twists and turns. But we all remember the letter scene where the two protagonists share an intense moment of surprise, love and hope under torrential rain.

The dreamy bike ride scene of this film has left its mark on several Bollywood lovers. Agree, right?

We love everything about this film. From songs to locations, this Imtiaz Ali directorial has checked all the boxes. While one of the famous lines from this film is “what happens in Corsica, stays in Corsica”, we simply can't forget the “bus line nahi cross karni” sequence. There is something special about this scene.

The film weaves two tales: one of a struggling woman, the other of a blossoming love story. The fluttering romance and the mela scene, where we see the infatuated couple, are the most relatable sequences in the film.

So which one is your favourite?