US Open Played 007 Theme For Sean Connery. Twitter Both Shaken And Stirred

"Sean Connery is in the house," the official Twitter handle of US Open posted soon after they spotted the actor in the crowd 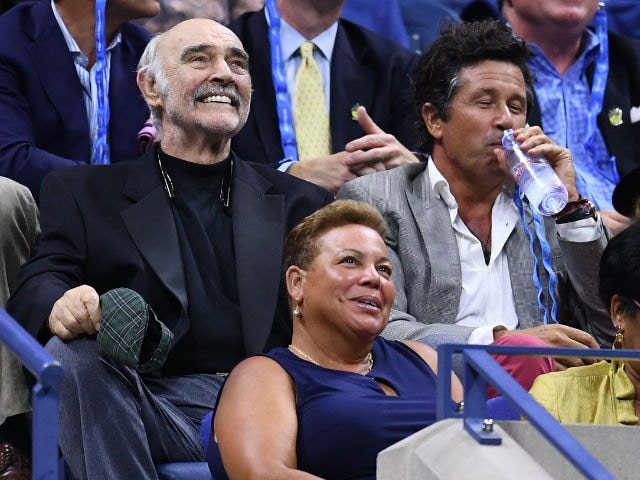 New Delhi: James Bond star Sir Sean Connery made a rare appearance to watch Roger Federer vs Frances Tiafoe at the 2017 US Open Men's Singles match on Tuesday, which was commemorated by playing the 007 theme music by the tournament organisers. "Sean Connery is in the house," the official Twitter handle of US Open posted soon after they spotted the actor, who played James Bond in the first five Bond films from 1962 to 1967 and later in 1971's Diamonds Are Forever. Twitter was overjoyed by the organisers' quick thinking as soon as they spotted Sir Sean in the crowd. Most of the fans were happy to see the 87-year-old actor in good health. "Looking good Sean," wrote one Twitter user while another added: "I guess retirement has suited him just fine, proper legend." There was one who tried to imitate (in writing) Sir Sean's accent: "Let's watch shum tennish."

I guess retirement has suited him just fine, proper legend.

Here are some more reactions to Sir Sean Connery's swaggering appearance at the US open:

Got to love it, Sean Connery still going strong at 87, out to watch the 007 of tennis, Roger Federer at the #USOpen tonight

Sean Connery in the house watching Federer at US open. The GOAT watching the GOAT

Original 007 Sean Connery at Ashe Stadium for Federer match. No sign of Moneypenny.

Promoted
Listen to the latest songs, only on JioSaavn.com
Sir Sean Connery retired from acting in 2006 while last role was 2003's The League of Extraordinary Gentleman. Apart from Roger Moore, Sir Sean is without a doubt the most revered Bond star. In the current series, actor Daniel Craig plays the role of the British spy.

Apart from the James Bond films, Sir Sean has featured in films such as Marnie, The Name of the Rose, Indiana Jones and the Last Crusade and The Untouchables, for which he won the Best Supporting Actor Oscar. Sir Sean Connery has twice won the BAFTA award and thrice the Golden Globe award.