Urmila Matondkar Is All Hearts For This Song From Kiara Advani's Film Indoo Ki Jawani. Here's Why

"Coming from you means a lot," replied Kiara Advani 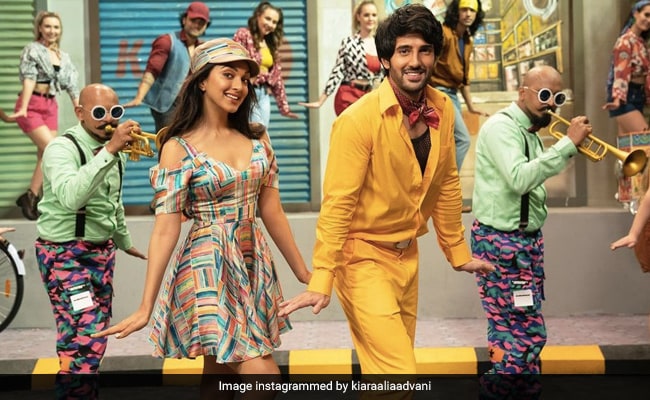 Kiara Advani, who awaits the release of the film Indoo Ki Jawani, got a big shout out from Urmila Matondkar. The reason? Well, it has a Rangeela connection. The song Dil Tera from Kiara's forthcoming film released a few days ago, which is a tribute to some of the most fashionable onscreen moments from Bollywood films. One of Kiara's looks from the song is inspired by Urmila Matondkar's look from the film Rangeela. In the song, Kiara can be seen dressed in a printed dress and a cap, very similar to that of Urmila's look in the Rangeela title track. Urmila Matondkar was quick to notice that she tweeted: "Aww! Just saw the song. Great job Kiara... Pretty and very talented girl... Way to go! Ho ja Rangeela re. Best wishes for the release."

An excited Kiara, reacting to the actress' tweet, wrote: "Thank you so much Urmila Matondkar Ma'am! Coming from you means a lot." Check out the Twitter exchange here:

Thankyou soooo much @UrmilaMatondkar Ma'am! Coming from you means a lot https://t.co/q73LYs0YrX

Indoo Ki Jawani showcases the story of a feisty girl named Indoo Gupta, who belongs to Ghaziabad. After being an active user of dating apps, her life leads to a comedy of errors when she meets a guy from Pakistan (played by Aditya Seal). The film has been directed by Abir Sengupta and it has been co-produced by Monisha Advani, Madhu Bhojwani, Nikkhil Advani, Niranjan Iyengar and Ryan Stephen. Indoo Ki Jawani also features comedian Mallika Dua as Kiara's bestie.

Earlier, Indoo Ki Jawani was slated to release on June 5. However, the film will now hit the screens on December 11.