Yami Gautam plays the role of an intelligence officer in Uri 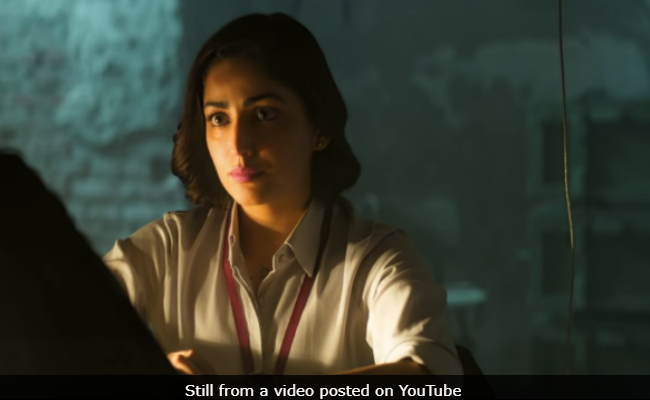 Yami Gautam in a still from the Uri trailer. (Image courtesy: YouTube

Yami Gautam, who is currently busy with the promotional duties of her forthcoming film Uri, co-starring Vicky Kaushal, says that the Indian film industry makes very few "patriotism infused films," reports news agency IANS. Ahead of her film's release, Yami interacted with the media recently, wherein she told IANS: "We anyway make less patriotism infused films, so after a long time the audience will see something like this which is based on a very important true event. We really hope the audience loves the film." Speaking of the audience's reaction to the film's trailer, Yami said that she is really excited about the film's release and that the film's trailer received an "amazing" response. "There is happy nervousness and excitement about the release of the film within our team. The kind of response we have been receiving for the trailer of the film is really amazing," IANS quoted Yami as saying.

Uri is based on the surgical strikes carried out by the Indian army in 2016. The trailer of Uri released last month and it went insanely viral. The film's trailer has over 1,937,562 views on YouTube as of now. Check out the trailer here:

Yami Gautam, who plays the role of an intelligence officer in Uri, added, "Wherever we are going to promote the film, people are saying they are really looking forward for the release of the film because it is for the first time we have made a film on surgical strikes in India."

Besides Vicky Kaushal and Yami Gautam, Uri also stars Paresh Rawal, Kirti Kulhari and Mohit Raina. The film has been directed by Aditya Dhar and it has been produced by Ronnie Screwvala. Uri will hit the theaters on January 11.

Yami Gautam's last release was the social-drama Batti Gul Meter Chalu, co-starring Shahid Kapoor and Shraddha Kapoor, in which she played the role of a lawyer. Yami made her Bollywood debut with the 2012 film Vicky Donor. She has featured in films like Badlapur, Sarkar 3 and Kaabil among others.