"I could feel Ishar Singh since I have portrayed it and lived that character," said Mohit Raina 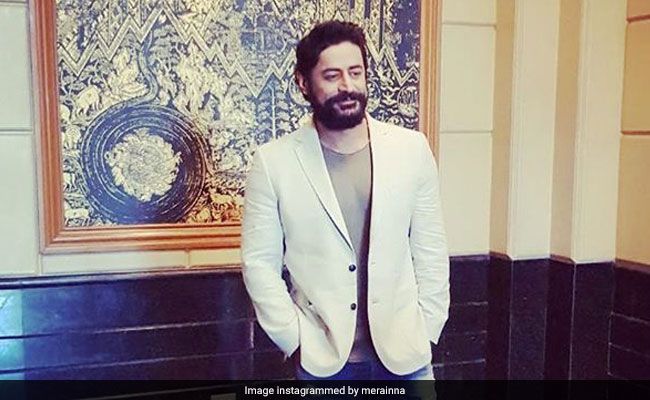 As Akshay Kumar's Kesari nears its release, actor Mohit Raina says he feels nostalgic as he was the first actor to be a part of a project based on the battle of Saragarhi. Known to television audiences as Mahadev of Devon Ke Dev... Mahadev and Ashoka of Chakravartin Ashoka Samrat, Mohit left an indelible mark with his powerful portrayal as Havildar Ishar Singh, the man who along with 21 Sikh soldiers defeated an Afghan battalion of 10,000 soldiers, in 21 Sarfarosh: Saragarhi 1897."

Now, of course, audiences relate to Mohit for his role as Captain Karan Kashyap in Uri: The Surgical Strike. Looking forward to Akshay's Kesari , Mohit told IANSin Mumbai: "It's great that now filmmakers are making projects on the Saragarhi battle. Many people do not even know about the sacrifice of those brave Sikh soldiers. It's the power of cinema through which the battle has been brought alive among people."

On Akshay's stint as Ishar Singh, Mohit said he got "nostalgic" when he saw the promotional material of Kesari for the first time.

"When I saw the promos for the first time, I was quite nostalgic about it because I could feel Ishar Singh since I have portrayed it and lived that character.

"Akshay Kumar is now portraying that character. Obviously it would be at a different scale and (will give a) different perspective to everybody. Akshay sir's turbaned look made me nostalgic. I started thinking of all those days when I used to be in those attires and gears. It's a great feeling that I got an opportunity to be a part of such project," Mohit said, adding that he has "high hopes" from Kesari.

The film, which is directed by Anurag Singh and also stars Parineeti Chopra, is releasing on March 21.

Apart from Mohit and Akshay, actors like Randeep Hooda and Ajay Devgn were also prepping up for the films based on the battle, but their films got shelved due to certain reasons.

(Except for the headline, this story has not been edited by NDTV staff and is published from a syndicated feed.)
Comments
mohit rainaKesariKesari Akshay Kumar