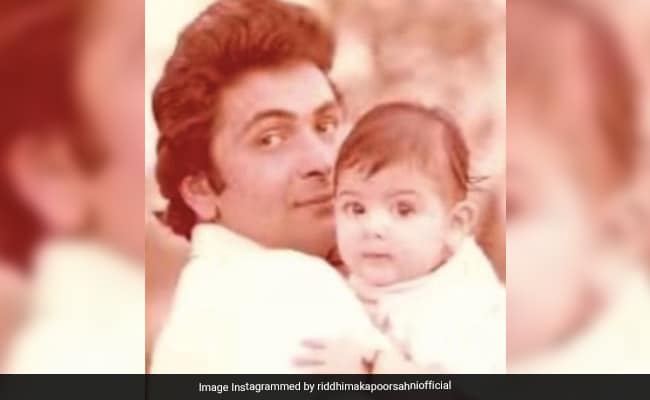 On actor Rishi Kapoor's first death anniversary, his daughter Riddhima Kapoor Sahni penned an emotional message on social media. She uploaded a collage of two photos featuring herself with the late star on Instagram. One of the pictures is an adorable childhood photo of Rishi Kapoor carrying his baby girl in his arms. The other image - a more recent one - shows the two hugging each other. The father-daughter duo is twinning in black outfits in the snap. Reminiscing the warm bond shared between the two, Riddhima wrote about the special nickname that the legendary actor had for her. Her caption read, "If only I could hear you call me Mushk once more..."

The jewelry designer further quoted English author, Dorothy Mae Cavendish's lines that read, "Until we meet again, we think about you always, we talk about you still, you have never been forgotten, and you never will. We hold you close within our hearts and there you will remain, to walk and guide us through our lives, until we meet again."

Riddhima concluded the note by declaring her love for her father. "I will love you always," she wrote, adding a flower and heart emoji. She chose to turn the comments section off for this particular post.

Veteran actress Neetu Kapoor, too, remembered her late husband with a lovely throwback photo of the couple. Explaining that her life would never be the same without her husband, Neetu confessed that not a day has gone by when the Kapoor family did not discuss or reminisce about him. "All of last year has been of grief and sadness around the world, for us maybe more as we lost him... Not a day has gone by when we have not discussed or reminisced him as he was an extension of our existence .. sometimes his wise advice: his wisecracks: his anecdotes. We have celebrated him all year with a smile on the lips as he will stay in our hearts forever... we have accepted life will never be the same without him. But life will go on ." 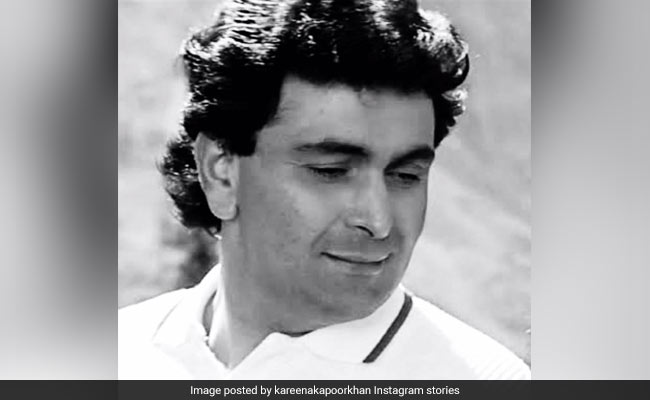 Rishi Kapoor is the son of the legendary actor-director Raj Kapoor. He was diagnosed with cancer in 2018. After undergoing treatment for over a year in New York City, he died at a Mumbai Hospital at the age of 67. He is survived by his wife Neetu Kapoor, son Ranbir and daughter Riddhima.

"Back At It:" Katrina Kaif Begins Her Fitness Journey Post COVID Recovery