Even after facing quite a few rejections, Karan Johar was determined 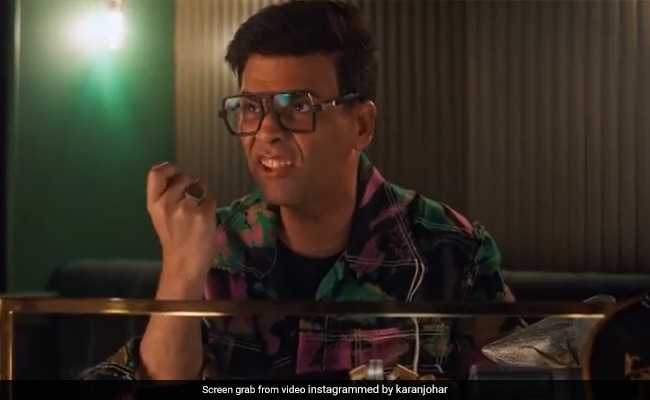 Koffee With Karan 7: KJo in a still from the teaser. courtesy: karanjohar)

You can love Karan Johar, you can hate him but one thing is for sure, you can never get enough of his chat show Koffee With Karan. Agreed? And that's why, ever since the filmmaker announced the seventh season of his popular show, he has created a buzz on social media. The chat show ran for six seasons with renowned celebs like the Bachchans, Priyanka Chopra, Shah Rukh Khan, Salman Khan, Aamir Khan, the Kapoors, Akshay Kumar, Deepika Padukone and others spilling beans about their personal and professional lives on the couch. But who will grace the first episode of the new season? Moreover, who will appear on the consecutive episodes? Million-dollar questions that are keeping KJo awake for nights (as per his latest Instagram post).

In what can be called a promo clip, KJo hilariously describes his state of desperation while inviting celebrities to his show. The video starts with Karan being all praise for Koffee With Karan in the most KJo way: “Guys, I know it's been a while and I know everybody likes and everybody wants Koffee With Karan to come back, right?” But ruthless trolls on social media soon burst his bubble by commenting “retire ho jao uncle” and “#boycottKWK” against the seventh season of the show.

However, Karan Johar still believes that “everybody wants to come on the show.” And so, he picks up the phone and calls his friends from the film fraternity. But what follows are glimpses of the filmmaker requesting celebrities to be on his show. “Please, please, please come,” “I will give you two hampers,” “I will launch you yaar” and “I will do anything for you” – these were some of the promises that KJo hilariously makes just to get some stars on Koffee With Karan season 7.

Even after facing quite a few rejections, Karan Johar looks still determined in the clip that he is “still going to brew it.” We are with you, KJo.

Sharing the video, the filmmaker wrote, “Screw it, I'm still going to brew it.” and reminded his fans when his show is going to premiere on Disney+Hotstar: “Koffee With Karan S7 new season starts July 7, only on Disney+Hotstar.”

Karan Johar's ROFL way of sharing the new promo clip of Koffee With Karan left his friends, including Angad Bedi and Manav Kaul in splits.

In May, KJo announced the new season of Koffee With Karan in a rather quirky way. He first shared a post, an excerpt of which read, “Hello, Koffee With Karan has been a part of my life, and yours, for 6 seasons now. I'd like to think we've made an impact and even found our place in pop culture history. And so, it is with a heavy heart that I announce that Koffee With Karan will not be returning.”

How excited are you for Koffee With Karan S7? Tell us in the comments section.