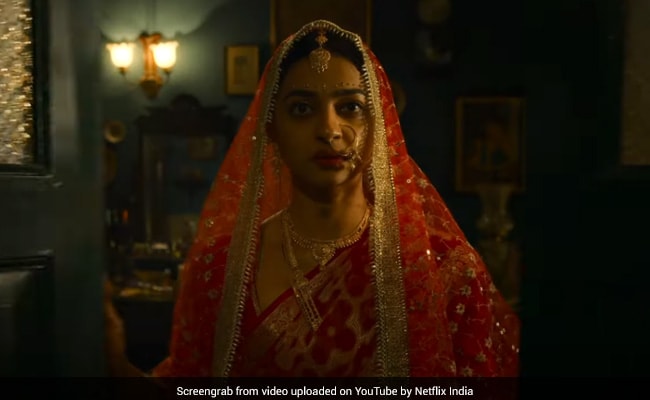 This is the story of Radhika Apte and her (no points for guessing) omnipresence on streaming giant Netflix. Radhika Apte, who has featured in several Netflix series and films, is back with another one titled Raat Akeli Hai, which also features her Sacred Games co-star Nawazuddin Siddiqui (more on that later). Ever since the actress' association with the new Netflix film was announced, Twitter started hosting a meme fest. The chain of tweets started with Netflix India's official account, which tweeted: "Crying happy tears because Radhika Apte is going to be in a Netflix original again."

For the uninitiated, Radhika Apte was a part of several Netflix projects like Lust Stories, Sacred Games and Ghoul. A few years ago, she had a perfect response to trolls and memes pertaining to the presence of the actress in every other Netflix original. She released a spoof video titled "Omnipresent" and wrote: "I just want to thank all of them who thought there was too much of me on Netflix. It's only because of you that I can share this news and video with you! Looks like I've officially taken over Netflix India."

I just want to thank all of them who thought there was too much of me on #netflix. It's only because of you that I can share this news and video with you! Looks like I've officially taken over @netflix_in !! Swipe right for the full video and watch it till the end! #radflix

Coming back to the meme fest, the range of tweets comprised altered dialogues from some iconic films like Hera Pheri and 3 Idiots, and some imaginary conversations between Netflix and Radhika Apte. Without much ado, check out the memes here:

Hey, Radhika Apte, Twitter is almost convinced that you are "permanent" on Netflix India.

"The permanent hoon Sir" meme template seemed to be quite popular with Twitter users.

This meme puts everything into perspective.

We wonder if that's true.

Radhika Apte's Raat Akeli Hai tells the tale of a mysterious murder where the only suspects are from the same family, with each member having a hidden motive. The film, which also stars Nawazuddin Siddiqui, Aditya Srivastava, Shweta Tripathi, Ila Arun, Khalid Tyabji, Shivani Raghuvanshi and Tigmanshu Dhulia, will premiere on July 31 on Netflix.