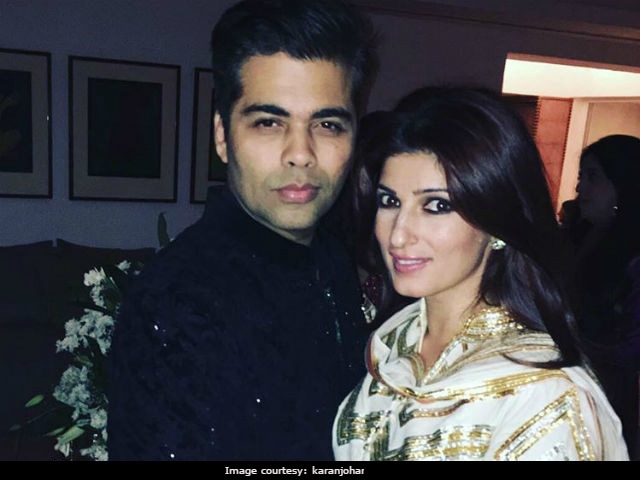 Twinkle Khanna and Karan Johar in a pic shared on Instagram (courtesy: karanjohar)

New Delhi: Twinkle Khanna is a little relieved that finally she's earned a tweet of approval from her best friend, filmmaker Karan Johar, she revealed in a tweet. On Thursday, the author and columnist wrote: "My old friend who normally laughs at me finally approves of something." She was actually referring to Mr Johar's tweet in which he shared the link of an advert starring Twinkle and wrote: "You look absolutely stunning my dearest." Well, Karan has (sort of) always been nice to Twinkle, who, however, have successfully embarrassed his 'old friend' more than often - recently on Karan's own show Koffee With Karan. Twinkle Khanna has recently been appointed as the new ambassador for cosmetics brand L'Oreal Professionnel India.

You look absolutely stunning my dearest friend!! So proud of you ......and sending you the hugest hug!!! https://t.co/BMhgpntKE4

Hurrah! My old friend who normally laughs at me finally approves of something :) https://t.co/yItDoTjZ6U

"Just as I was about to begin sprouting 50 shades of grey..." is what Twinkle had tweeted earlier:

On screen, Twinkle was last seen appearing on Koffee With Karan in November last year. On the show, she was asked about the meanest review of her as a columnist by Karan, when she said: "When you started writing columns, they said that Karan Johar is the new Mrs Funnybones." Mrs Funnybones is Twinkle's aptly chosen pen-name and also the name of her first book.

Twinkle is also the author of The Legend of Lakshmi Prasad, during the launch of which she asked Karan a question he didn't want to answer. Karan and Alia Bhatt were both present at the event last year. Karan who wanted to poke fun at Alia citing her infamous President-blooper was stopped by Twinkle. "I want to interrupt. Since he has asked you (Alia) 'who is the president?', I want to ask you something. So please tell me, what is the full form of MNS," she said.