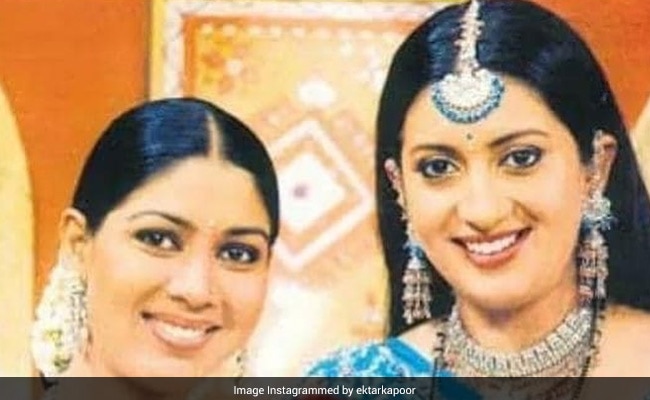 You might think that MCU's Avengers: Infinity War is the most ambitious project on television but Ekta Kapoor has a different take on it. Yup, that's true. The producer is here with a meme related to the much-loved serials Kyunki Saas Bhi Kabhi Bahu Thi and Kahaani Ghar Ghar Kii. Wait, it's not over yet. The meme also talks about the Mahaepisode when Tulsi and Paravti - the two iconic characters played by Smriti Irani and Sakshi Tanwar - finally met. The meme spread like wildfire and received reactions from all corners, including one coming from Tulsi herself.

Last week, Ekta put out a bunch of pictures to wish her 'buddy' Smriti Irani a very happy birthday. The 45-year-old producer also wrote a note filled with emotions. "Happy birthday buddy! There is no one like you! A super mom... wife ...friend ...human and a leader extraordinaire! Today get off your diet please! you have lost a lot of weight and I'm jealous! Happy birthday."

Ekta is currently celebrating the success of the Netflix movie Pagglait, made under her home banner. It features Sanya Malhotra in the lead. Ekta thanked the audience for giving the film an overwhelming response.