The makers of Tumhari Sulu, starring Vidya Balan, have unveiled the second poster of the movie today, announcing that the teaser of the film will be out soon 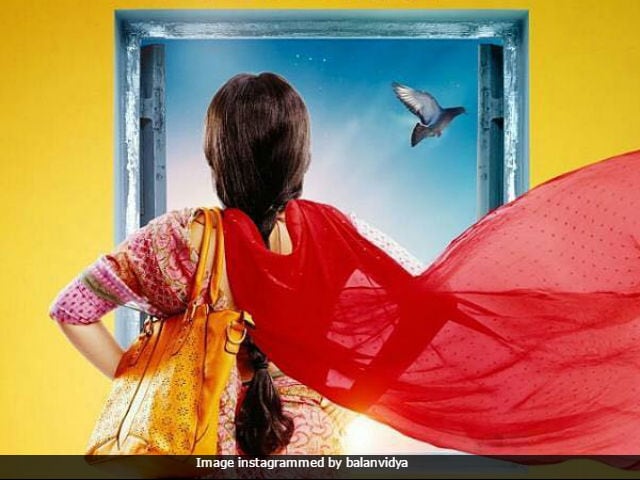 New Delhi: The makers of Tumhari Sulu, starring Vidya Balan, have unveiled the second poster of the movie today, announcing that the teaser of the film will be out soon. The poster has the 38-year-old actress' back to the camera. Vidya, who is dressed in a sari, is seen looking out of the window and there is a neatly wrapped pressure cooker that is kept beside her. "Jald Aa Rahi Hai.... #TumhariSulu #Teaser #MainKarSaktiHai #ComingSoon," read the caption of the poster. Tumhari Sulu has been directed by noted ad film-maker Suresh Triveni. In the film, Vidya Balan will be seen portraying the role of a radio jockey, Sulochana, who is fondly addressed as Sulu.

In an earlier interview with news agency PTI, Vidya Balan said that her forthcoming movie Tumhari Sulu is a 'fun film.' "Sulu is a late night RJ and it will unleash the naughty side of me," PTI quoted the Kahaani actress as saying.

Speaking to news agency IANS, director Suresh Triveni said that Paa actress' character in the film is 'fun, happy-go-lucky and grounded, everything that Vidya is even in real life.'

"The film has been handcrafted for Vidya and to have her as a lead in my first feature is an honour. I look forward to seeing the story come alive as I have lived with it for almost a year now," director Suresh Triveni told IANS.

Promoted
Listen to the latest songs, only on JioSaavn.com
Tumhari Sulu is scheduled to release in theatres on December 1.