Tubelight Teaser: Salman Khan Had This Great Idea To Make His Film Special 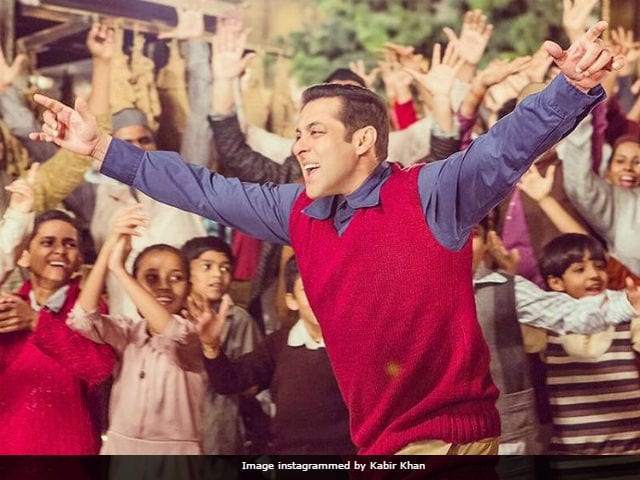 New Delhi: The Tubelight teaser, which released on Tuesday, has implemented a unique promotional strategy. The 13-second sound teaser that has children's voice-overs saying in chorus, Jal Ja... Jal Ja as the phrase 'Tubelight' lights up, are reportedly by kids from Galaxy Apartments, Salman Khan's residence in Mumbai. According to a report in Mumbai Mirror, Salman Khan and Kabir Khan "didn't want trained kids for the voice-over." Instead, the Dabangg actor suggested they consider kids from his apartment, for a novelty in the teaser. Kabir Khan told Mumbai Mirror, "Salman and I decided to use a chorus by kids for the teasers but we didn't want to get trained kids to do it. So he suggested we round up a bunch of kids from his building and do it in a fun way."

Both Kabir Khan and Salman Khan then spoke to kids between "six and 11 years" to get the right voice. Kabir Khan added, "We took them to the studio where Salman explained to them what we are doing. We are using this chorus in the teaser-logo as well as the teaser promo." Here are a few glimpses from the sets of Tubelight

Tiger.. Bajrangi... Tubelight... It's been a great walk together @beingsalmankhan #Tubelight #Manali #behindthescenes

Salman Khan's rapport with children was well revealed in Kabir Khan's earlier film Bajrangi Bhaijaan, where he was seen bonding with child actor Harshali Malhotra, both on and off screen. Tubelight is set against the backdrop of the Indo-Sino war and also marks the debut of Chinese actress Zhu-Zhu in Bollywood. This will be Salman Khan's third collaboration with Kabir Khan, after Ek Tha Tiger and Bajrangi Bhaijaan. They are also working together on Tiger Zinda Hai co-starring Katrina Kaif.