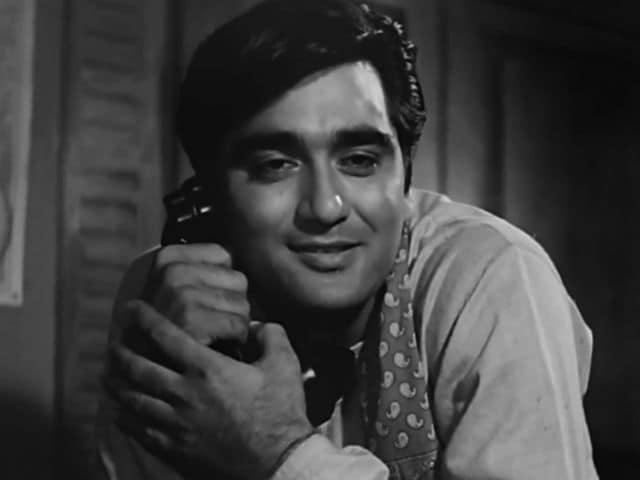 Sunil Dutt in a still from Sujata.

New Delhi: Actor Sunil Dutt would have been 86 on June 6 and, on his birth anniversary, he received special Instagram wishes from his son, actor Sanjay Dutt, and granddaughter Trishala.

Trishala, now 28, is the daughter of Sanjay and his first wife, actress Richa Sharma. This post from Trishala for her Dadaji is straight from the heart:

Happy Birthday Dadaji I still can't believe your gone...I don't like to think about it. But I know your watching us from high up and smiling. I wish you were here, things would have been so different. I miss talking to you and I miss being with you. I love you #RIP #imissyoueveryday

Sanjay Dutt, 56, shared a picture of Sunil Dutt from his 1963 film Gumraah. Sanjay has worked with his father in films like Rocky and Munna Bhai M.B.B.S:

Sunil Dutt was the star of films like Mother India, Gumraah, Waqt, Jaani Dushman and Shaan. Mr Dutt married actress Nargis and they had three children together - Sanjay, Priya and Namrata. In 1968, Mr Dutt received the Padma Shri. Sunil Dutt died in 2005.

Meanwhile, Sanjay Dutt was last seen in 2014's PK and is currently busy working on his projects with Siddharth Anand and Vidhu Vinod Chopra. He is married to Maanyata and has two children with her - Shahraan and Iqra.