Trishala Dutt's Heartbreaking Post On Death Of Boyfriend: 'I Love You And Will Miss You'

"You will live in me for eternity," read an excerpt from Trishala Dutt's post 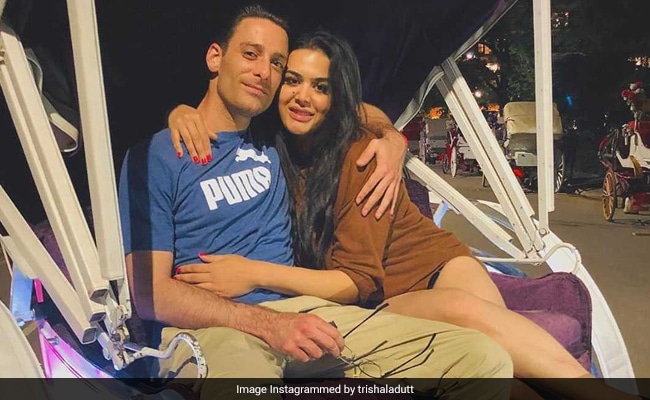 A file photo of Trishala with her boyfriend. (Image courtesy: trishaladutt)

Sanjay Dutt's 31-year-old daughter Trishala Dutt announced the death of her boyfriend in her latest Instagram post on Thursday morning. Trishala didn't reveal her boyfriend's name in her post but she shared a few pictures and she accompanied the post along with an extensive note. She began the note, saying, "My heart is broken" and she wrote about all the wonderful times that she has spent with her boyfriend. Trishala added, "Thank you for loving me, protecting me, and taking care of me. You have made me the happiest I've ever been in my life. I'm the luckiest girl in the world to have met you and beyond blessed to have been yours. You will live in me for eternity."

An emotional Trishala signed off the eulogy piece, saying: "I love you and I will miss you. Until we meet again. Forever yours, xx your Bella Mia. RIP. October 07, 1986 - July 02, 2019 - "I love you more today than yesterday but not as much as tomorrow."

Trishala is actor Sanjay Dutt's daughter with his first wife Richa Sharma, who died of brain tumour in 1996. Trishala was raised by her maternal grandparents in USA, where she currently stays. Sanjay Dutt is now married to Maanyata and the couple are parents to 8-year-old twins Shahraan and Iqra. Trishala and Maanyata often trend for their Instagram exchanges.