Tribhanga Review: Kajol provides the frisson that the understated film needs but it is Tanvi Azmi who is the real star of the show. Mithila Palkar has much less to do but steps up to the plate when she needs to.

For women, no matter how independent they are, surmounting patriarchal stumbling blocks is a huge challenge. It always was. It still is. In Tribhanga: Tedhi Medhi Crazy, film and television actress Renuka Shahane's Hindi directorial debut, three headstrong women of one dysfunctional family deal with the immediate and long-term repercussions of their choices. They do so without resorting to shrill showboating.

Shahane's restrained screenplay, which sees the world from the standpoint of the trio as they negotiate their relationships with each other, and with the men in their lives, coupled with her no-frills approach to storytelling, make Tribhanga disarmingly simple and unsentimental look at the rewards and pitfalls of living life on one's own terms in a society where modernity is forever at odds with tradition.

What is most refreshing about Tribhanga - parts of the narrative may seem a tad predictable but every bit serves to bolster the composite, sure-handed picture that Shahane etches - is that it speaks up for women who refuse to fall in line but does not cry itself hoarse. The film is clear-throated but not declamatory.

In fact, while calling out errant men and societal ills, Tribhanga does not resort to generic male-bashing. The women in the film, including the mother and grandmother, are anything but perfect. They look inwards as much as anywhere else for solutions. They are quick to recognize their own drawbacks.

Their resentments and accusations, from one generation to another, are directed against the choices they themselves have made. The mother isn't somebody who sacrifices her all in the interest of the family - she is an individual with her own aspirations.

In a time when women in India are being told by hidebound men in power who they can love and marry, it is refreshing to see a film in which defiance of expectations and gender roles is presented in such a matter-of-fact manner. The three women of Tribhanga (the title is derived from a classical dance pose) - ageing, arthritis-afflicted writer Nayantara Apte (Tanvi Azmi), movie actress and Odissi dancer Anuradha Apte (Kajol) and the latter's daughter Masha (Mithila Palkar), who, in contrast to her mother and granny, has chosen a life of conventional domesticity, a life, as she herself points out, of stability and normality.

The Netflix original film, backed among others by Ajay Devgn's production banner, eschews the usual tropes of women-at-odds-with-society dramas and delivers an undemonstrative, believable and affirmative tale in which the principal characters have the courage of their conviction to own their decisions and reap the benefits or pay the price (depending, of course, upon how things pan out) for their acts of omission and commission.

Although the abrasive Anu has good reason to be furious with the world, she asserts that she isn't "a man-hater". None of them is. Nayantara is no longer addressed as "Aai" by Anu and her younger brother Robindro (Vaibhav Tatwawaadi), who is now a part of the Hare Krishna movement. The old lady is simply Nayan to her children. The story centres on whether she can reclaim her maternal status in the eyes of Anu and Robindro. 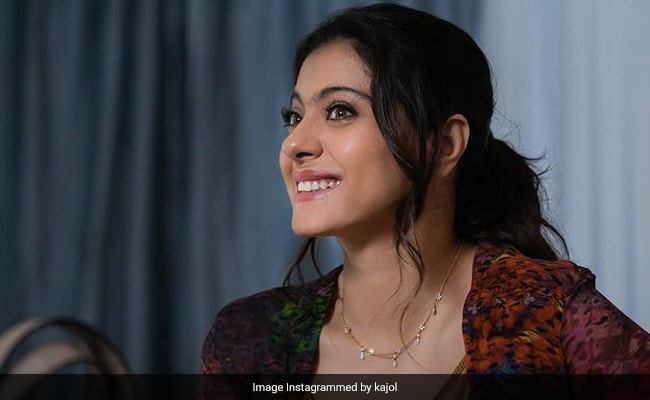 Tribhanga review: Kajol in a still from the movie

Kajol's Anuradha is a celebrity who courts controversy with her unconventional lifestyle. She is outspoken and foul-mouthed. She hates the paparazzi. And she cannot stand anybody who tries to pry into her life, which is why Milan Upadhyay (Kunaal Roy Kapoor), a self-effacing, shuddh Hindi-spouting man engaged by Nayan to help her pen her autobiography, is somebody she treats with disdain.

That is where Tribhanga opens. Milan records Nayantara speaking about her life and times - the video footage that he shoots constitutes a significant part of the film. In the middle of a conversation, she suffers a brain stroke and goes into a coma. Daughter Anu, who hasn't spoken to her in ages, interrupts a dance recital and rushes to the hospital along with the pregnant Masha.

The rest of the present-day action in Tribhanga unfolds in the private room of a nursing home, but it is the past that looms large over the three women and holds the key to unlocking the family secrets that have driven a wedge between mother and daughter. The persistent presence of Milan is a source of great irritation for Anu but the man takes all the insults in his stride because he has a job to do.

Stories about the men in the lives of Nayantara and Anuradha emerge as the conversations in the hospital frequently veers towards the most decisive points in their lives. Lurking in their back stories are instances of sexual abuse, domestic violence and dereliction of duty as well as the consequences of freedom-curtailing orthodoxies, perpetuated as much by pompous patriarchs as by insensitive mothers-in-law.

We learn about Nayantara's marriages and friendships - one of them is with an amiable painter (Kanwaljit Singh in a cameo) who resurfaces as she lies lifeless - and Anuradha's ill-fated relationship with a foreigner she met at a film festival playing one of her films. While she has had a steady stream of boyfriends, Anu has no love lost for the male of the species. 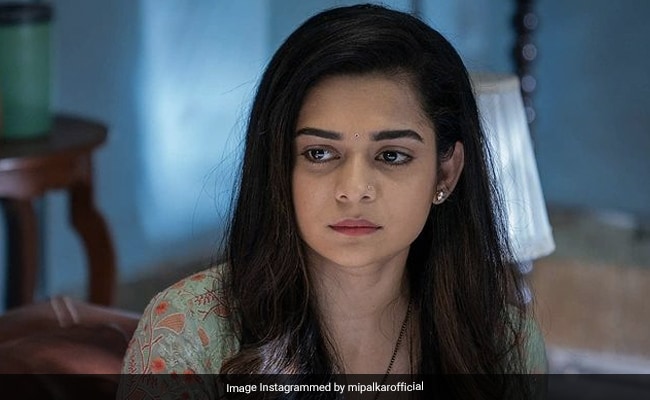 Anu does, however, care about her daughter - whose own story takes Tribhanga in a completely different direction to show us another aspect of their struggle against repressive conservatism - and her spiritually inclined brother, who seems to be the only person who has the leeway to sermonize in her presence.

The men around Nayan, Anu and Masha, barring a couple of them, are decent guys who themselves appear to be caught in situations that they have little power over. Two feckless husbands, an abusive partner and a violence-prone lover are contrasted against the two men in the room - the detached and equanimous Robindro and the unassuming Milan, who stay on the periphery of this story of three strong women fighting to hold their ground.

Kajol, playing the voluble and temperamental Anuradha Apte, provides the frisson that the understated Tribhanga needs to keep trundling along at an even pace. But it is Tanvi Azmi who is the real star of the show - she is comatose and supine almost all through the film, but her story (a part of which has Shweta Mehendale as the young Nayantara Apte) is the strongest of the three strands and the actor lends it the weight that it calls for.

Mithila Palkar has much less to do. Yet, she does not fail to step up to the plate when she needs to. Kunaal Roy Kapoor and Vaibhav Tatwawaadi, who are largely required to stand back and be patient sounding boards, play their parts to the hilt.

Tribhanga, a genteel, appropriately unfussy ode to women who are unapologetic about what they want, merits three cheers - and more.