It didn't skip the Internet's notice that Zayn Malik, who is currently based in the US, wasn't in any of Safaa's wedding photos 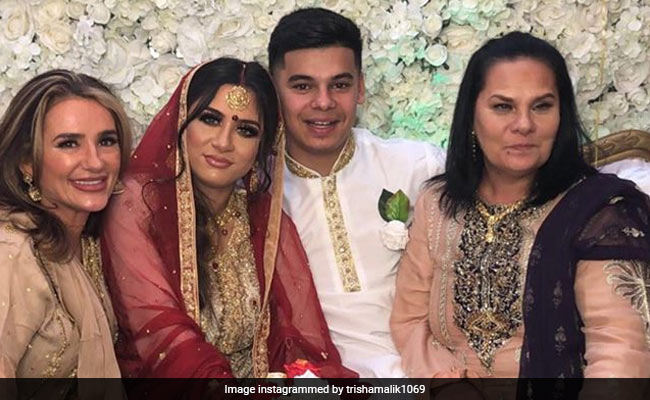 Singer Zayn Malik found a permanent spot on the trends' list since Wednesday night, courtesy her sister Safaa, who celebrated her 17th birthday last week. Safaa, just 17, got married to boyfriend Martin Tiser recently in a traditional nikkah and pictures from the close-knit ceremony have been shared by Zayn Malik's mother Trisha Malik on her social media profiles. "My baby girl's big day," she captioned Safaa Malik and Martin Tiser's wedding photos on Instagram. International tabloids like The Sun and Mail Online reported that the wedding took place at Zayn Malik's England home in Bradford. In the pictures, Safaa and Martin can be seen celebrating their big day with their family members, including Zayn's sisters Doniya, 28 and Waliyha, 21. Apart from Zayn Malik's parents father Yaser and mom Trisha, the groom's parents were also spotted in the wedding photos.

However, it didn't skip the Internet's notice that the 26-year-old singer, who is currently based in the US, wasn't in any of Safaa's wedding photos. The Sun also reported that Trisha is currently in high school. Soon after the pictures were posted on social media, netizens began criticising Safaa for getting married in her teenage years, prompting a disclaimer from Martin Tiser. The groom reportedly posted this note on his Instagram: "Thanks to all of you who support us. We so appreciate about that. But bullying us it's not good guys. Stop it Saffy reading all your comments," stated a report in Hindustan Times.

Meanwhile it appears that the comments' section has been disabled on the wedding photos posted by Trisha Malik.

Zayn Malik, best known for boy band One Direction, quit to pursue a solo career in music in 2015. Pillowtalk, his first single as an individual singer, released in 2016 and was a major hit. Last year, Zayn Malik featured in headlines for singing covers of Kailash Kher songs Teri Deewani and Allah Ke Bande. Zayn Malik had also trended a great deal for an Elle India interview, in which he said "Shah Rukh Khan always came across as slightly arrogant in the movies to me but when I met him in real life, he was so nice. He just completely changed my opinion of him."