Trending: Why Kapil Dev Is The Perfect Fit For Ranveer Singh Biopic

"Post effects of spending time with Ranveer. He actually brings/adds colours to your life," wrote one user on Twitter 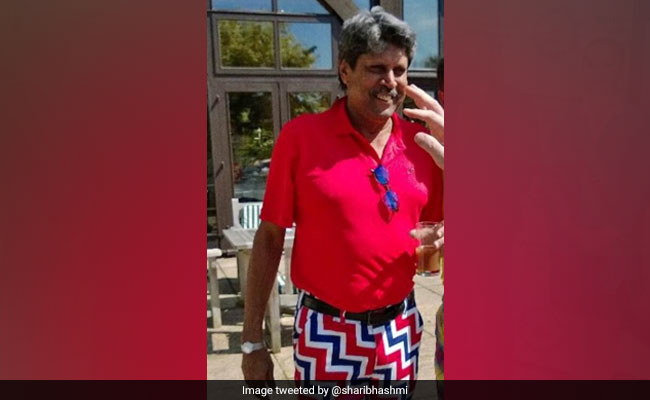 Too much of Ranveer Singh has rubbed off on Kapil Dev, you would think looking at a photograph of the iconic cricketer doing the rounds on the Internet, where he is seen sporting a gaudy red T-shirt with pants that have wild, multi-coloured stripes on them. The photo has gone viral, in the wake of the recent first-look launch of the cricket drama, '83, where Ranveer plays Kapil Dev. The first look, launched on Ranveer's birthday on July 6, has the actor bearing a close resemblance to the cricketer. A lot of people, in fact, felt Ranveer seemed like a "carbon copy" of Kapil.

Considering Ranveer's fetish for a loud sartorial style, many feel an old photograph of the legendary cricketer mushrooming at a time when his film's promotional campaign has just been launched should give '83 a smart publicity push.

Celebrities including Riteish Deshmukh, Nakuul Mehta, Aahana Kumra and Sophie Choudry were among those who liked and commented on the post. While most people left a laughing emoji in the comments section, one user wrote: "Post effects of spending time with Ranveer. He actually brings/adds colours to your life."