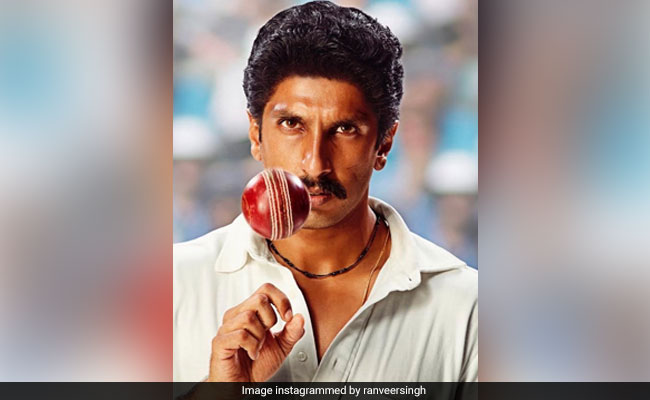 Ranveer Singh presented the first look of himself as 'Haryana hurricane' Kapil Dev in upcoming film '83 on his birthday today and boy, you will be bowled over. Ranveer, 34 today, looks uncannily like the former cricketing champ, who was the captain of world cup winning team of 1983. Ranveer Singh, dressed in a white shirt, spins the ball with a fierce look in his eyes, captioned the post: "On my special day, here's presenting the Haryana hurricane, Kapil Dev." Cricketer Shikhar Dhawan gave thumbs up to Ranveer Singh and wrote, "Looking exact like pajhi (as Kapil Dev is fondly called by his colleagues). Happy Birthday, bro.Have a great one."

Take a look at Ranveer Singh as Kapil Dev from '83:

Ranveer Singh has twice played historical characters (Peshwa Bajirao II in Bajirao Mastani and Alauddin Khilji in "Padmaavat")in his career spanning nine years, however, this is the first time, the actor will play a living legend in a film. Speaking about getting into the skin of the character he plays in the Kabir Khan-directed film, Ranveer told IANS: "Playing a living legend poses a unique set of challenges, and your approach to the preparation for that character has to be all the more intensive. And it has been. But at the same time, it has been very rewarding and fulfilling."

'83 is currently being filmed in London and the film is slated for April 2020 release.