Archana Puran Singh and Parmeet Sethi got married in June 1992 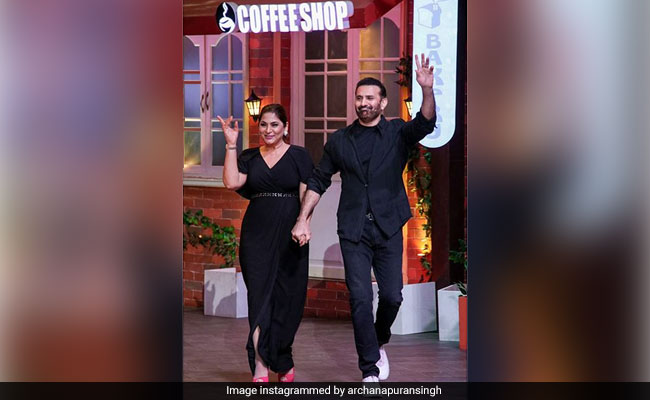 Archana and Parmeet on the sets of The Kapil Sharma Show. (Image courtesy: archanapuransingh)

Actress Archana Puran Singh's husband Parmeet Sethi was invited to The Kapil Sharma Show, where he spilled the beans on their wedding revealing that they eloped. Archana Puran Singh is a regular guest on Kapil Sharma's show while Parmeet was the guest for an episode. Mumbai Mirror quoted Parmeet Sethi as saying that he and Archana eloped at midnight and got married the following morning after paying off a pandit in a local temple. "At midnight, when we finally found a pandit, he asked us if we were eloping and whether the girl was baalik (of legal age), to which I replied 'Mere se zyada baalik hai ladki'." Archana Puran Singh and Parmeet Sethi got married in June 1992 and they have two sons - Aaryamann and Ayushmaan.

The only one who I will share this chair with. That too ... only for a photograph. @iamparmeetsethi This Saturday on The Kapil Sharma Show @sonytvofficial @banijayasia @sajidkhan_photography

Archana Puran Singh started her small screen career with DD National show Karamchand, in which she played the role of Kitty in the first season. Her breakthrough show was Shrimaan Shrimati, after which she also starred in shows like Junoon and My Name Ijj Lakhan (co-starring Parmeet Sethi). She has also featured in movies like Oye Lucky! Lucky Oye!, Bol Bachchan, Luv Ka The End and Dolly Ki Doli.

Parmeet Sethi started his television career with Dastaan and he is best-known for his role in Jassi Jaissi Koi Nahin. He also played supporting roles in shows like Saara Akaash, Maayka and Pehredaar Piya Ki. On the big screen, he played Kuljeet in Aditya Chopra's superhit film Dilwale Dulhania Le Jayenge, featuring Shah Rukh Khan and Kajol in lead roles.

He has also played supporting roles in movies like Dil Dhadakne Do, Lakshya, Baabul and Rustom.