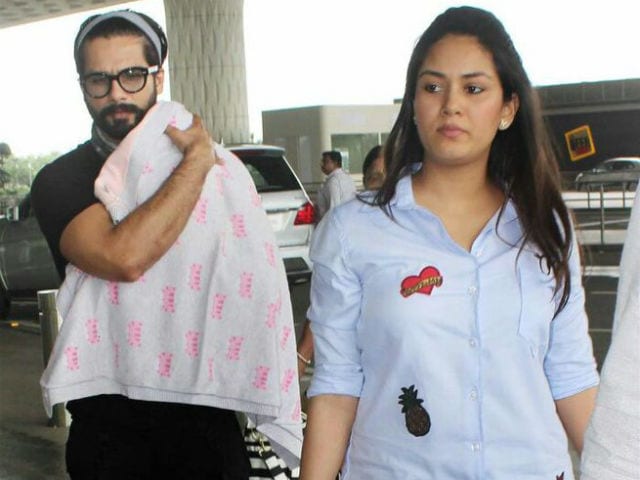 New Delhi: Actor Shahid Kapoor, Mira Rajput and their daughter Misha trended on social media Wednesday morning because of their adorable pictures at the Mumbai airport.

Shahid Kapoor pulled off a hippie-daddy look wearing a purple bandana, black top and pants, holding two-month-old Misha. Mira looked in cool in casuals. She wore a blue shirt with a pair of denims.

Promoted
Listen to the latest songs, only on JioSaavn.com
Shahid and Mira's was a July wedding in Delhi last year. The couple welcomed their first child, baby Misha on August 26.

On the work front, Shahid is busy with Vishal Bhardwaj's Rangoon also starring Kangana Ranaut and Saif Ali Khan. It is a period film set during World War II and will hit the screens in February, 2017. Shahid was also confirmed as the third lead in Ranveer Singh and Deepika Padukone's Padmavati. Directed by Sanjay Leela Bhansali, the film will release in November next year.