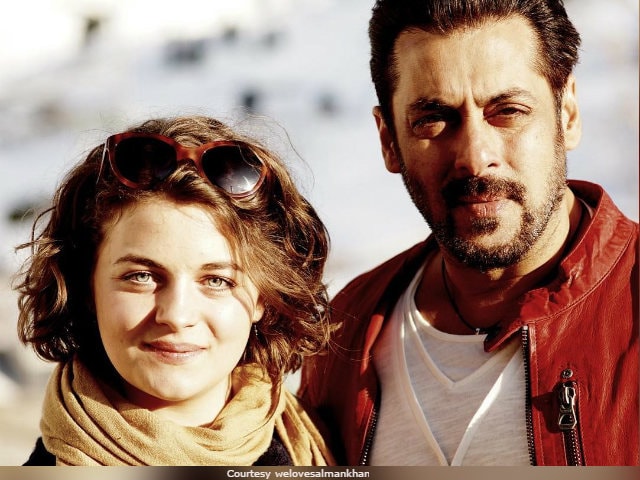 New Delhi: Salman Khan wrapped the shooting schedule of Tiger Zinda Hai in Austria in March end, two weeks after which a picture of the actor along with Austrian model Ronja Forcher, who has also modelled for Playboy, has surfaced on the Internet. Several netizens are of the opinion that the Austrian model might feature in a cameo in Salman Khan's action thriller while the image is widely going viral. However, Salman Khan, 51, has not responded to the speculations yet about a probable cameo yet. Dressed in white and red, Salman Khan features with a casually-dressed Ronja Forcher in the picture, who also reportedly stars on the cover of this month's Playboy. Team Tiger Zinda Hai has also completed the shooting routine in Mumbai, director Ali Abbas Zafar tweeted on Thursday.

Promoted
Listen to the latest songs, only on JioSaavn.com
Salman Khan's Tiger Zinda Hai will be a sequel to his 2012 blockbuster Ek Tha Tiger and will also see Katrina Kaif reprise her role as a spy named Zoya. "Katrina will be going through a rigorous training programme in hand-to-hand fighting along with Kali knife fighting with specialised trainers from the UK and LA," PTI quoted Ali Abbas Zafar as saying.

Salman Khan will also co-star with Chinese star Zhu Zhu in his next film Tubelight. Kabir Khan is yet-again directing Salman Khan in Tubelight, which is scheduled for Eid.